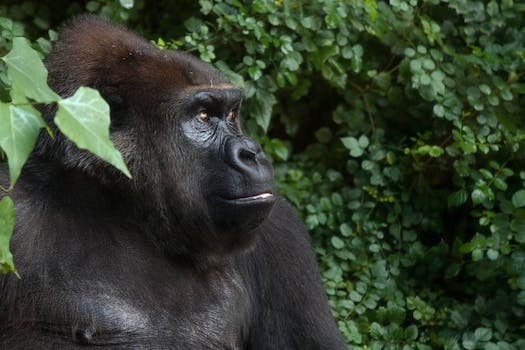 Harambe the gorilla was 17.

Warning: This article contains video that may be considered disturbing.

Cincinnati Zoo staff shot and killed one of its gorillas on Saturday after a 4-year-old boy climbed through the barrier and fell into the enclosure of Gorilla World.

According to a statement from the Cincinnati Zoo, the incident occurred after the boy had slipped into the enclosure and was in there for about 10 minutes. While the two female gorillas in the exhibit were immediately removed, the male—a 17-year-old gorilla named Harambe—remained nearby.

According to video filmed by eyewitnesses, Harambe grabbed the child and started dragging him around in the water while people looked on in horror. Additional footage shows an unedited version of events.

The Cincinnati Zoo’s Dangerous Animal Response Team determined that it was a life-threatening situation and killed Harambe in order to save the boy’s life. The boy was responsive after being taken out of the enclosure and transported to Children’s Hospital Medical Center. No details have been released on the state of his condition.

“The Zoo security team’s quick response saved the child’s life. We are all devastated that this tragic accident resulted in the death of a critically-endangered gorilla,” Zoo Director Thane Maynard said in a statement. “This is a huge loss for the Zoo family and the gorilla population worldwide.”

Maynard told WKRC that the reason the Dangerous Animal Response Team killed Harambe instead of using a tranquilizer is because in “agitated situations,” it can take a considerable amount of time for tranquilizers to go into effect.