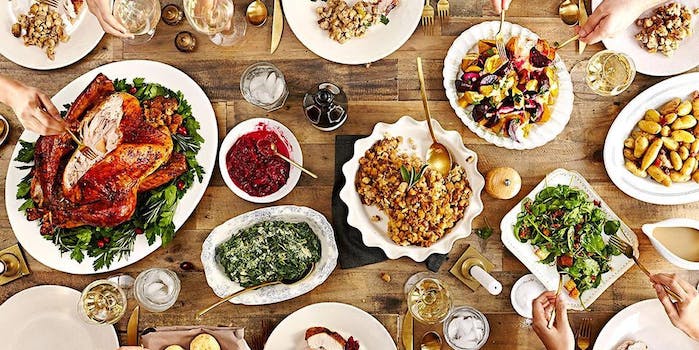 Grandma invites the wrong teen to Thanksgiving, tells him to come anyway

It's the sad papaw story all over again.

Just when we’ve begun to lose faith in humanity, one grandma has seemingly restored it all.

On Nov. 15, Jamal Hinton, a 17-year-old from Phoenix, shared a series of iMessage screenshots on Twitter. The teen had somehow been accidentally added to a family’s Thanksgiving group text, and the person leading the chain claimed to be Hinton’s grandma.

Instead of dismissing the group immediately, Hinton asked for a selfie. Upon confirming that, yep, this was not Hinton’s actual grandma, he asked if he could come to Thanksgiving anyway. 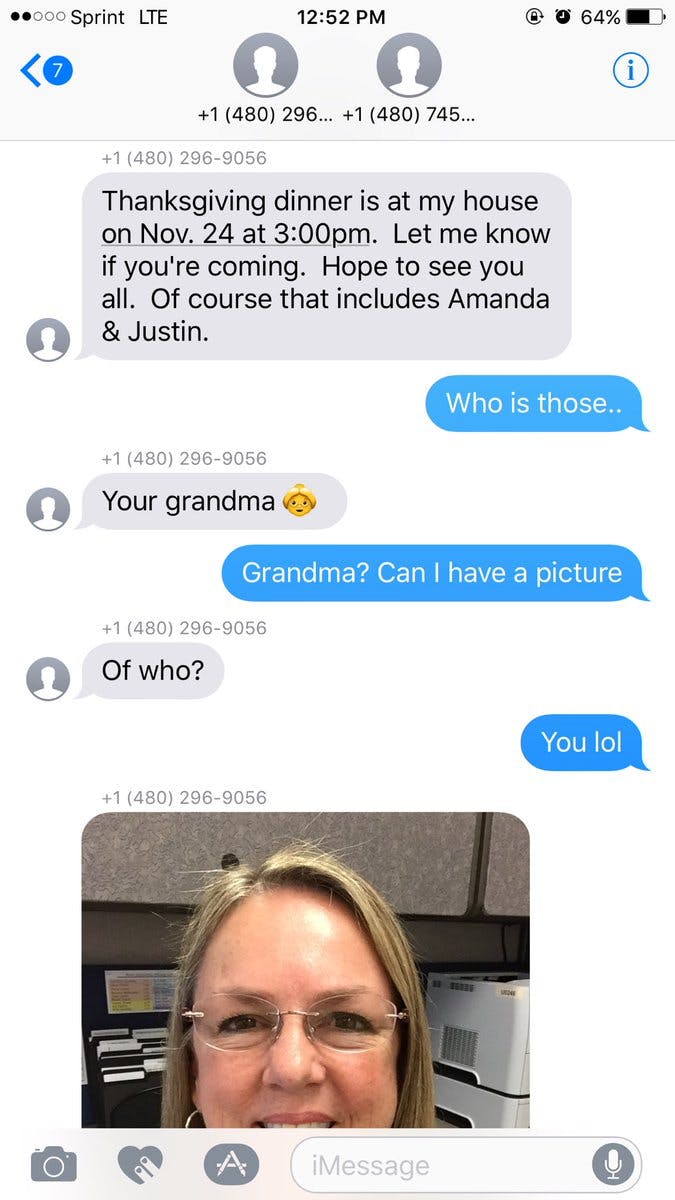 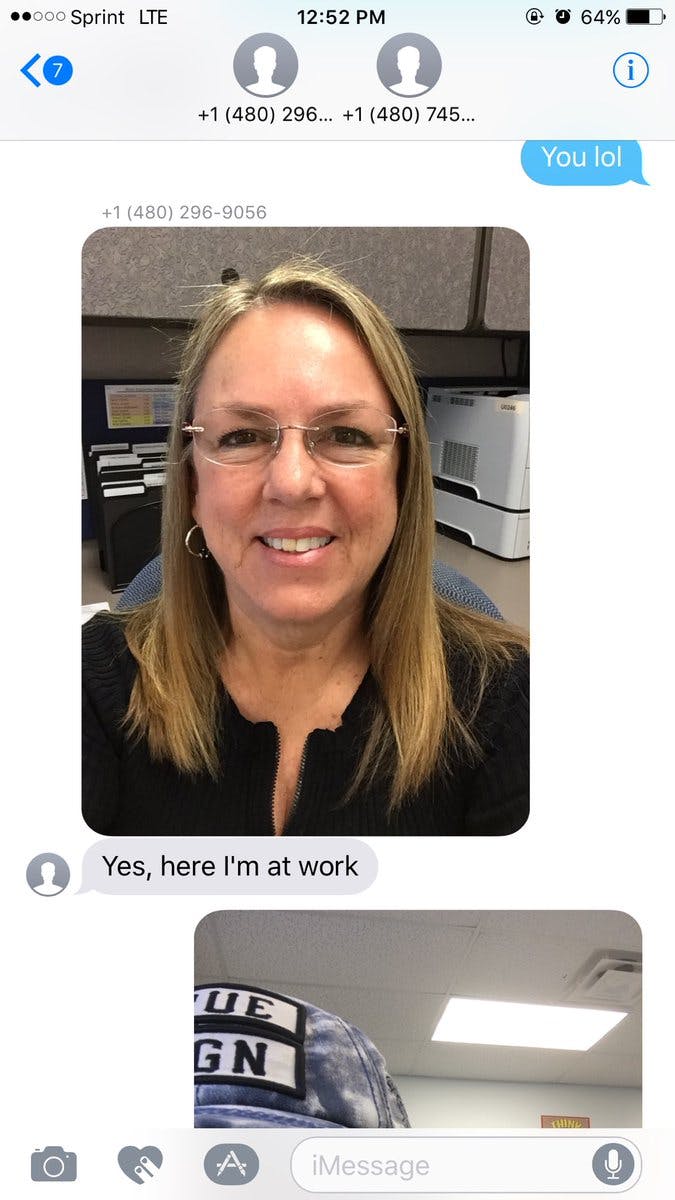 And like any amazingly kind grandma, she genially obliged, replying with, “Of course you can. That’s what grandmas do… feed everyone.” 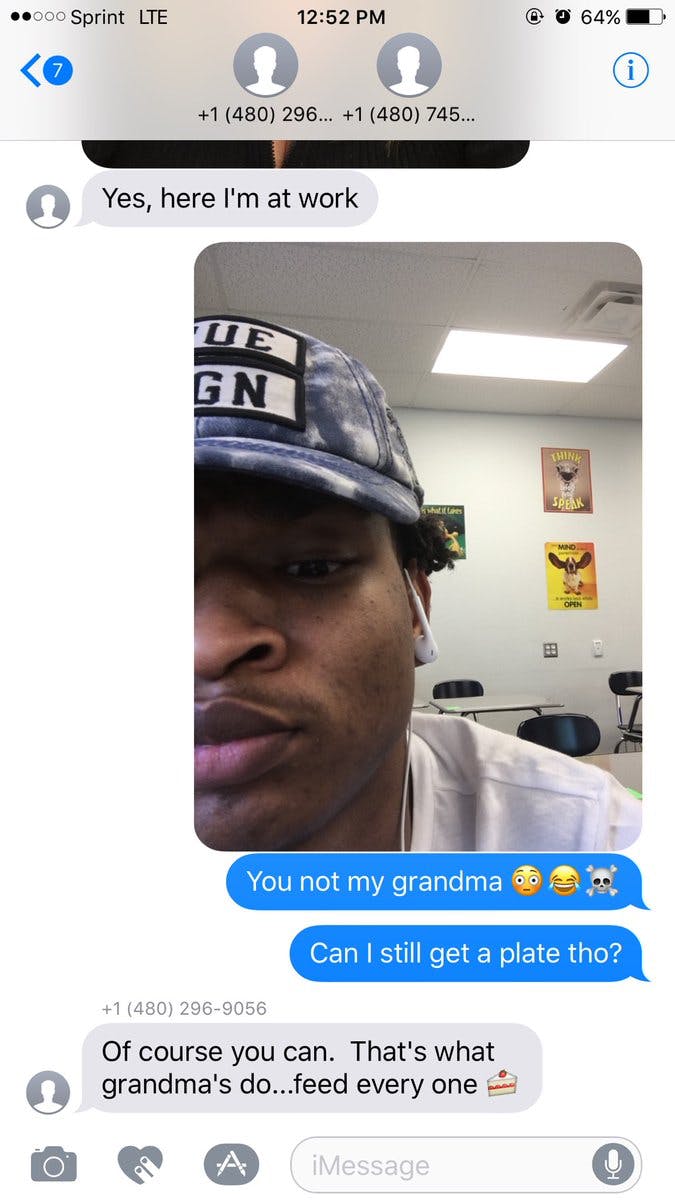 After Hinton posted the conversation on Twitter, teens freaked out over the exchange.

honestly I want her to be my gma

A few actually did end up texting her—after all, Hinton left grandma’s number in the screen shots. Mashable reported that they called the number, but it had already been disconnected.

She won't reply to me bro. I guess she's being stingy now pic.twitter.com/uxJtC7uI6b

Luckily for Hinton, however, he still talks to grandma’s daughter and grandson, and plans on asking grandma for her address if the invitation is still open.

Grandma’s Thanksgiving is like the happy, reversed version of sad papaw’s burger cookout. With a week left before the holiday, it’s not too late for grandma to jump on this viral sensationalism and start selling plates for $5 each.