The Internet exploded earlier this year after we uncovered the possibility that presidential candidate Ted Cruz is the Zodiac Killer. And with good reason: What would happen if a murdering psychopath ended up in the White House, pulling the puppet strings of this country? (Again, we mean.)

Many media outlets investigated the plausibility of such a notion, talking to conspiracy theorists and scouring the Internet for clues. And while some have concluded that this is a meme gone awry and that it’s impossible for Cruz to be the deadly murderer, weeeeeeeee’re still skeptical.

And we even have reason to believe that another villainous controller of our everyday lives, Google, is helping to cover up the truth.

A post from Tumblr user theinfinitebox with over 130,000 notes outlines much of the front. Many might remember, at the beginning of their wokeness as to Cruz’s double life, turning to Google for answers, with the search engine suggesting something along the lines of “is ted cruz the zodiac killer” when you initially typed “is ted cruz.” NPR, the Verge, and Gizmodo have proof of that in screenshots. 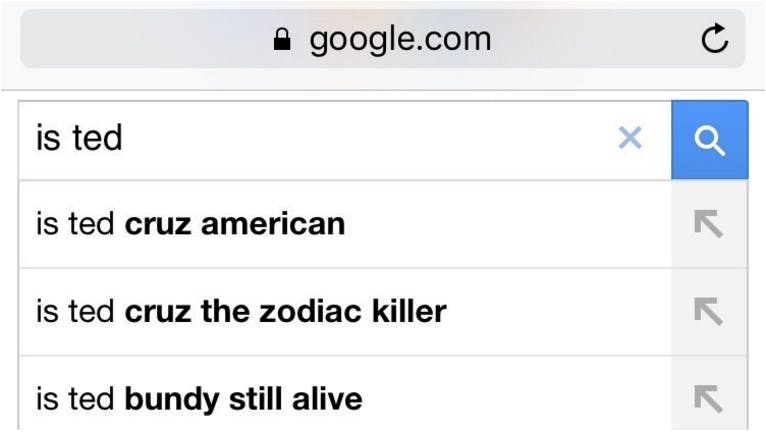 When we reached out for comment, a Google spokesperson told the Daily Dot: “Autocomplete predictions are produced based on a number of factors including the popularity of search terms.”

So, we tested that factor using Google Trends.

First, we looked at the suggested searches when you type “is ted cruz.” That includes the following:

…yet “is ted cruz the zodiac killer” is most definitely a more popular search term than the others. 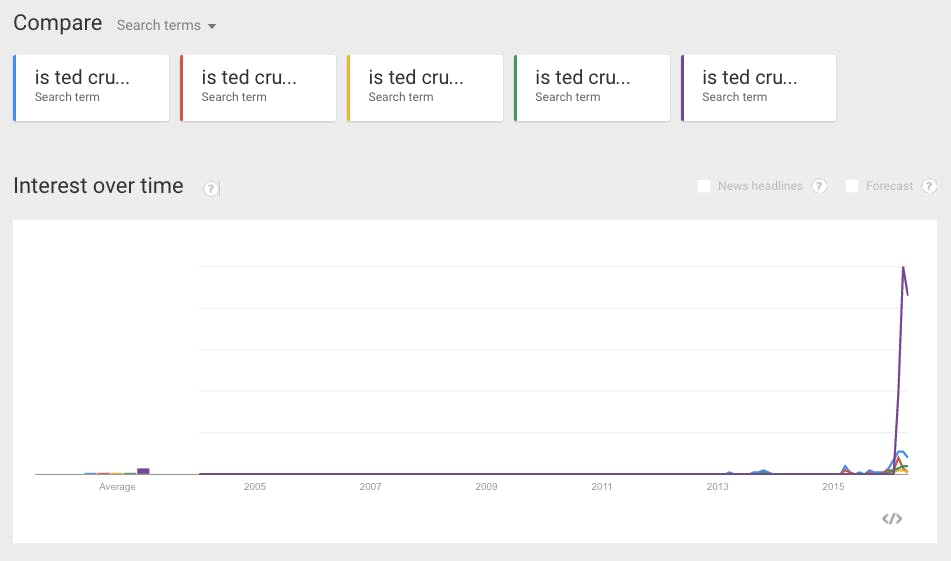 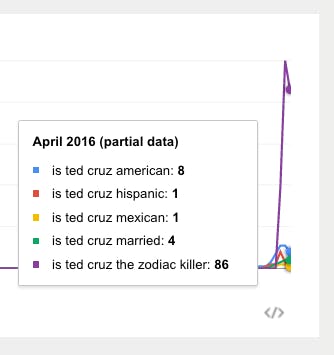 We did the same for the phrase “is ted cruz the,” and these are the top suggestions: 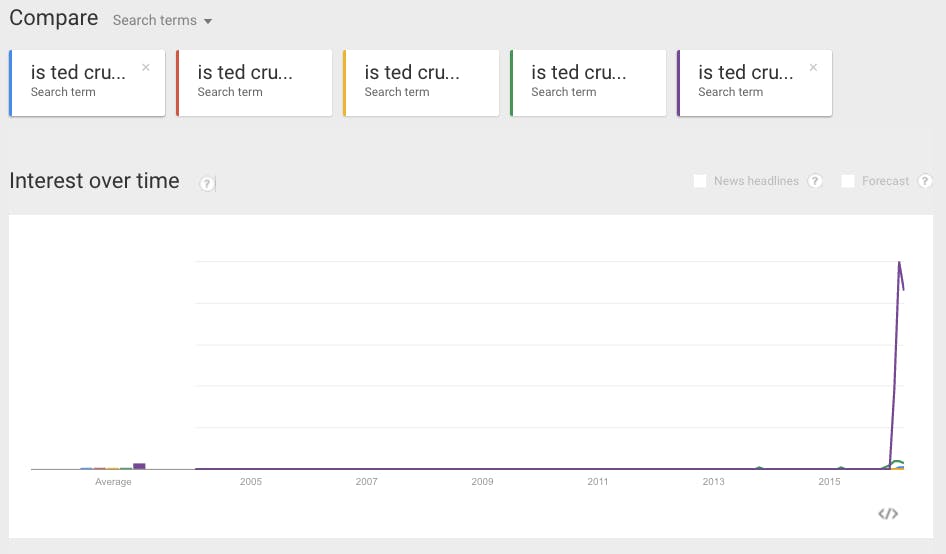 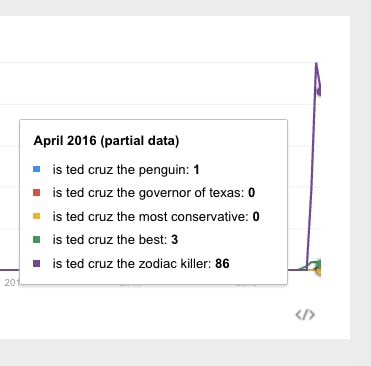 Again, “is ted cruz the zodiac killer” squashes the competition for most popular search term. According to Google’s own technology, people are looking into whether or not Ted Cruz is the Zodiac Killer more than any other part of his identity (i.e., whether he’s American, or a classic Batman nemesis with a striking resemblance to a flightless aquatic bird).

So what does it all mean?

Well, there are only two practical explanations for this malevolent coverup. The first is that Google is in cahoots with the Cruz campaign to bury his past as the Zodiac Killer—maybe he even threatened them to do his bidding. Or, it could get even more twisted: Perhaps Cruz has murdered everyone at Google and is running the show himself.

And if that’s the case, we’re all fucked. Next thing we know, our beloved Instagram, Twitter, and more will be at the mercy of the Zodiac Killer.