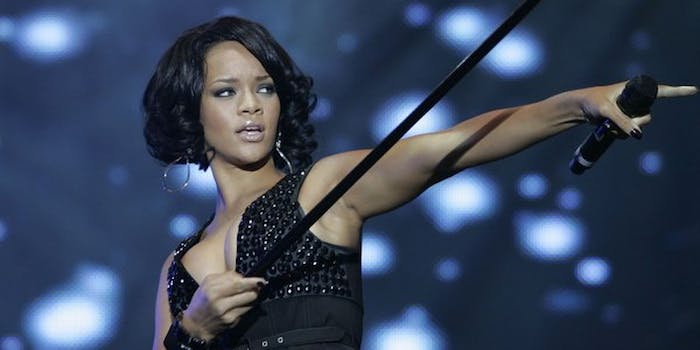 "[U]ncle google we say hi from palestine to remember you that the country in google map not called israel. its called Palestine."

Hackers have taken over Google‘s Palestine homepage in order to urge visitors to “listen to Rihanna and be cool.”

The hackers appear to be protesting Google’s depiction of Palestine in Google Maps. “[U]ncle google we say hi from palestine to remember you that the country in google map not called israel. its called Palestine,” they wrote.

They included a screenshot depicting Israel on Google Maps. The hackers also claimed there would be a “revolution” if they changed the “country title of Israel to Palestine.”

Commenters at Hacker News explained that Google itself was not actually hacked. Instead, the hackers appeared to change the Domain Name System (DNS) settings so that Google.ps would redirect to a page hosted elsewhere on the Internet.

One blogger claimed the page is restored, but hackers appear to still have control at the time of writing. We’ve reached out to Google for comment and will update if we receive a response.

In May, Google changed the tagline on the homepage from “Palestinian territories” to Palestine. “We’re changing the name ‘Palestinian Territories’ to ‘Palestine’ across our products. We consult a number of sources and authorities when naming countries,” Google told the BBC at the time. It said it was following the lead on the United Nations and other organizations.

Update: According to a Google spokesperson, “Some users visiting google.ps have been getting redirected to a different website; Google services for the google.ps domain were not hacked.” The situation has been resolved.