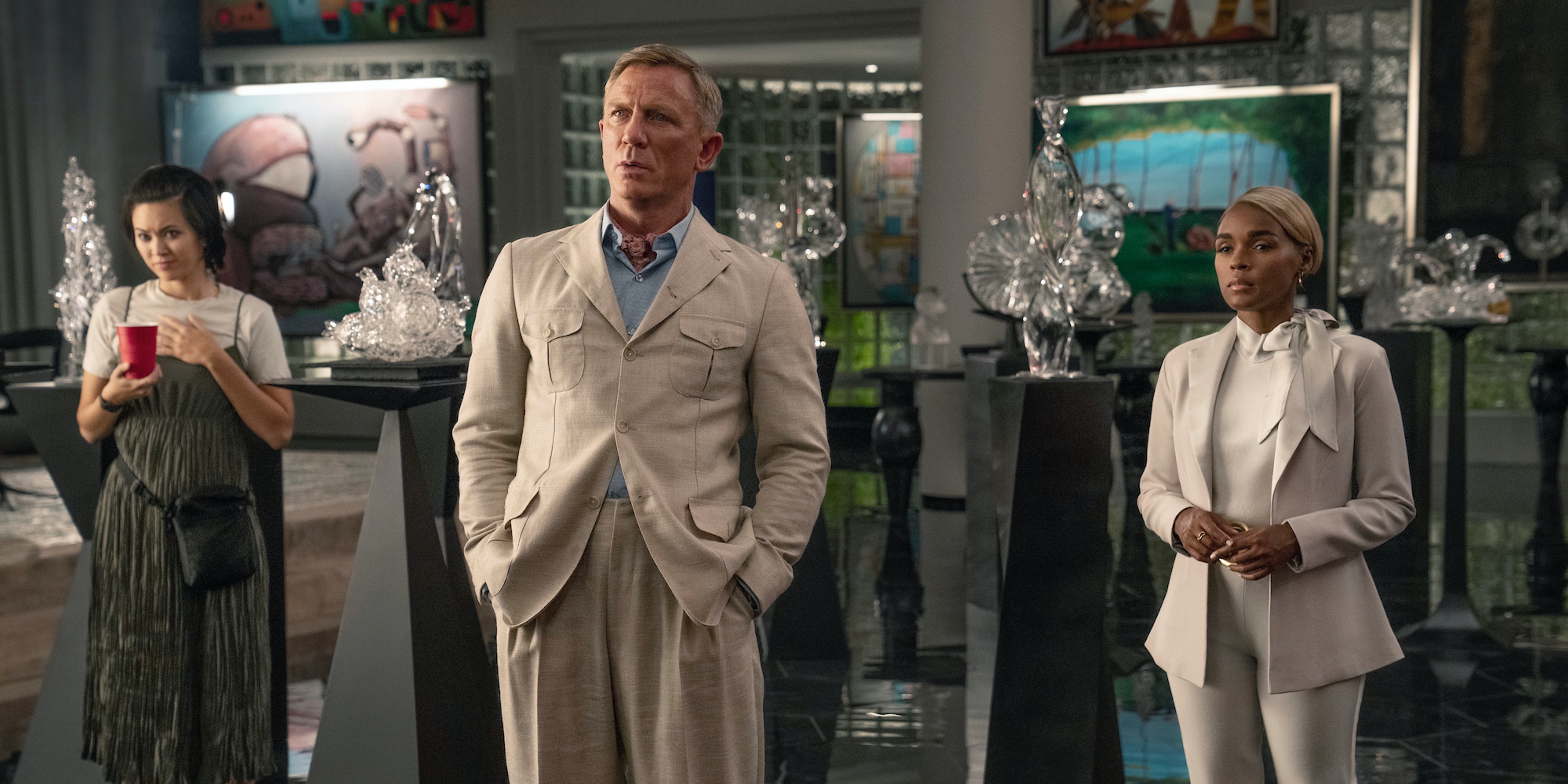 ‘Glass Onion’ got a more mixed reception on Netflix

But the film is still a bonafide success for Netflix.

Warning: This article contains some spoilers for Glass Onion.

By several metrics, Glass Onion—Rian Johnson’s latest whodunit centered on Daniel Craig’s gentleman sleuth—is a hit for Netflix. But, as the film’s release on Netflix over the holiday demonstrated, it’s gotten a much different reception between its short theatrical run in November and its streaming debut on Dec. 23.

Like many of Netflix’s movies vying for awards attention, Glass Onion got a theatrical release before it debuted on streaming. But unlike those other titles, Glass Onion had a brief but expansive stint in theaters over Thanksgiving in 600 of the biggest theaters in the country). It was an “experiment” that enticed people to see it with a crowd and garnered Netflix around $15 million—and then it vanished until the Netflix release.

While Glass Onion was widely praised by people who caught it in a theater—whether during its fall festival run or that one-week stint—the Netflix reception has been decidedly mixed. Some of the things Glass Onion was lauded for while in theaters are now seen as slights on Netflix. The fun cameos beforehand are now viewed as overdone or obnoxious, Johnson’s trademark genre subversion is seen as a wasteful misdirect, and Glass Onion’s interest in the why and how versus the who of its whodunit is a disappointment for those mostly invested in the whodunit. A movie seen as clever in theaters is overrated on Netflix, and the patience required to unravel its twists and turns made it seem overly long.

And whether Johnson’s indictment of tech “geniuses” and “disruptors” lands probably depends on how you feel about the people running those companies right now.

Of course, some of the pushback against Glass Onion is a matter of opinion. The crowd factor echoed the kind of experience people had watching Knives Out (a runaway success in theaters in 2019). Many people who sought out Glass Onion during its theatrical run may have been interested in seeing it as early as possible. Perhaps even Johnson’s writing plays better when you can watch it uninterrupted on a big screen versus the distractions that can arise when watching it on Netflix.

Another criticism came from Meta’s Tom Gara, who went as far as to suggest that many film critics who praised Glass Onion “are actively lying when they say it’s a great movie.” People pointed out the movie was about the kinds of companies he works for and compared his response to Logan Paul’s review of Nope, which got ratioed over the summer.

Online, however, posts about Glass Onion are everywhere. People are posting fancams of several characters, including Benoit Blanc himself. They’re obsessing over Jenny Eagan’s costumes yet again—only this time, it’s not the sweaters that went viral; it’s the swimsuits. Enough people clamored about wanting Benoit Blanc to meet the Muppets that Johnson responded to the possibility. And people are already trying to brainstorm what the next Benoit Blanc mystery could be and how to bring Blanc’s husband into the mix.

Want to go viral? Write a bit of cheeky dialogue or riff off an existing property and include “Benoit Blanc voice” so that people can imagine Craig saying that bit of dialogue. Even better if you can pull off Craig’s eccentric southern accent.

On TikTok, videos featuring the #GlassOnion hashtag have been viewed over 378 million times.

But does a mixed reception to Glass Onion on Netflix mean it’s a bust? Not at all. Audience scores on Rotten Tomatoes are at 93%, and IMDb’s user rating (which can be easily gamed) puts it at 7.3 out of 10. It’s topped Netflix’s charts since its debut, and in just two weeks, Glass Onion cracked Netflix’s top 10 list of English language movies of all time with 209.40 million hours viewed in just two weeks (according to Netflix’s metrics). So even if people are more vocally critical of Glass Onion now that it’s more accessible, that’s not critically affecting its success or online chatter. For now, it’s Benoit Blanc’s world, and we’re just living in it.