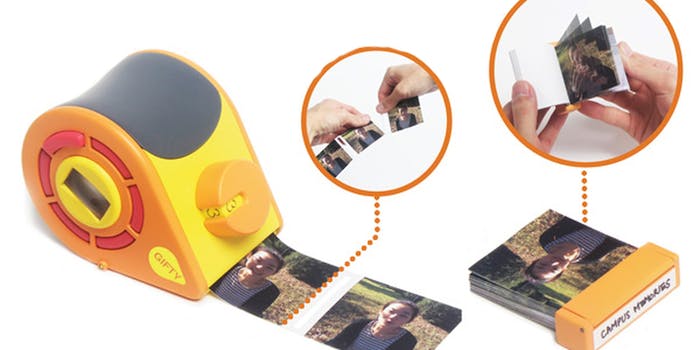 GIFTY will print your GIFs and turn them into cute flipbooks

A designer named Jiho Jang is taking the 25-year-old GIF to the next level.

Just when you thought artists, museums, and movie producers had exhausted all the creative possibilities of the GIF, a designer named Jiho Jang takes the 25-year-old image format to the next level.

Jang is the creator of GIFTY, a cute camera “with a built-in Zero Ink printer that captures and prints animated GIFs as little flip books,” laughingsquid reported. In other words, GIFTY is the child of a Polaroid camera and iPhone app GIFshop.

GIFTY is currently just a concept, but if the 116,000 views on its promotional video are any indication, there’s plenty of interest out there to make it a reality.