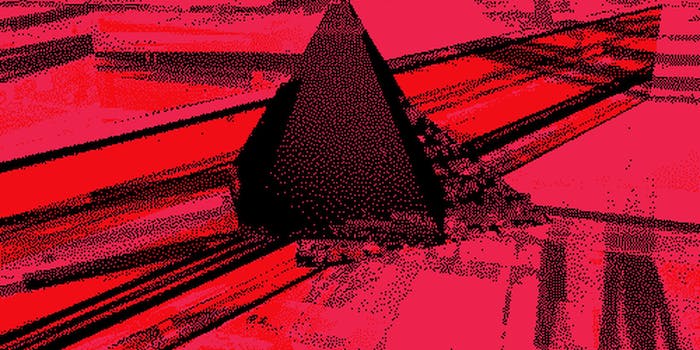 Moving the GIF: Turning a medium into a movement

One of the most important measures of success for any artist is landing that first big art exhibition.

For Salvador Dali, it was his shows in the early 1930s at Julien Levy’s New York gallery turned the surrealist painter into an international star and works like the Persistence of Memory into timeless classics.

Editor Collin Munn aims to offer a similar opportunity—only instead of looking for those next great painters, he’s searching for GIF artists.

As editorial manager at Paddle8, an online auction house, Munn and his team have launched Moving the Still, an art exhibition featuring animations from the world’s best GIF artists.

“At Paddle8, we are always interested in exploring how art can live on and interact with the Internet, so elevating the now ubiquitous GIF file to the level of fine art seemed like a very natural project for us,” Munn told the Daily Dot.

“The GIF also presents the unique opportunity to work with both established artists and creators in conjunction with bloggers and other avid internet—it is truly one of the most democratic artistic mediums, and one that we wanted to shine the spotlight on.”

The exhibition will be shown in December at Art Basel Miami Beach, a sister exhibition of Art Basel, a 42-year-old art fair started in Switzerland. The fair has been called the “Olympics of the art world” and typically features work from about 300 different galleries from around the world.

Since opening Moving the Still to the public for submissions Wednesday, Munn has more than 100 GIFs to be considered—ranging from glitch art to surreal works. Submissions will be accepted through Nov. 7.

“The malleability of the GIF is perhaps what is most appealing, as you see on the exhibition and submission blogs, the breadth of creativity possible under the umbrella of ‘the GIF’ is enormous,” Munn added.

There are no guidelines as to what sort of GIFs Munn and his selection council are looking to attract. As long as it uploads to Tumblr, it’s fair game. But he does suggest that artists make their animations large enough to “give these GIFs the epic scale they deserve.”

“We will be relying mostly on large-scale HD projection with the potential inclusion of high-tech touch screens and other types of monitors,” Munn said.

In total, roughly 20 animations will be exhibited alongside council member and contributor GIFs. The goal, Munn said, is to give GIFs the recognition they deserve, to show how far they’ve moved beyond the days of “Under Construction” animations.

“I believe the main impetus for the shift is new accessible technology for creating them,” he said. “No longer do you have to be a coding wizard to make your GIF—a strong knowledge of Photoshop lets you make some pretty incredible things, and quotidian apps like Gifboom and Gifmaker allow anyone with a smartphone to try their hand at GIF creation.

“The GIF’s ability to come off as incredibly fresh and new while still harkening back to old technologies such as stop motion animation while blending elements of more contemporary examples of video art also makes the GIF an exceptionally intriguing medium.”