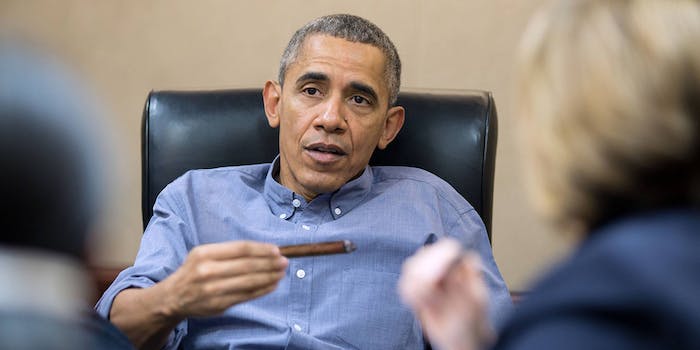 Photo via The White House/Flickr Remix by Jason Reed

Being the President of the United States is not an easy job. It’s probably the single most stressful job on the planet. This is not merely conjecture. Take a look at a picture of President Barack Obama in 2008. Now look at a picture of him in 2016. In the span of eight years, the pressure of carrying the weight of the free world on his shoulders has turned a strapping, energetic young senator into a tired, broken, burnt-out husk of a human being.

If eyes are the windows to the soul, look deeply into Obama’s and you’ll discover the one nearly ineffable truth about the man: dude is in desperate need of some chill.

What better way is there for Obama to get his chill back than fire up a fatty, throw on To Pimp a Butterfly, and sink into the couch while someone else deals with the American public’s conflicting desire to take on ISIS while avoiding a boots-on-the-ground entanglement in the Syrian Civil War?

On Friday, January 20, 2017, a new president will be sworn into office. Maybe it will be Hillary Clinton moving back into her old digs. Maybe it will be Donald Trump coordinating with government architects to find a way to emblazon his name on the front of the White House in gold letters so enormous that no one will notice the unusually small hands of the man in the Oval Office. Either way, by that fateful Saturday, it will all be someone else’s problem.

That’s why we’re formally petitioning President Obama to spend the day after he steps down from office getting high af*. If you’re looking for a hashtag, how about: #GetObamaHighAgain.

Here’s a screenshot of the petition, submitted through the White House’s We The People online petition platform: 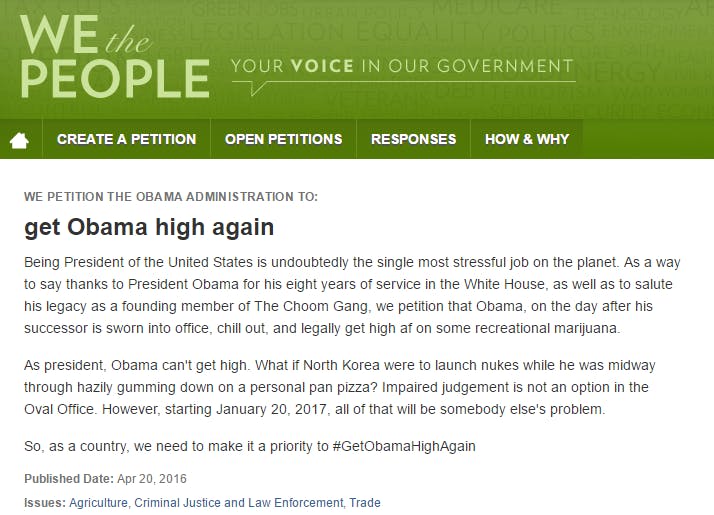 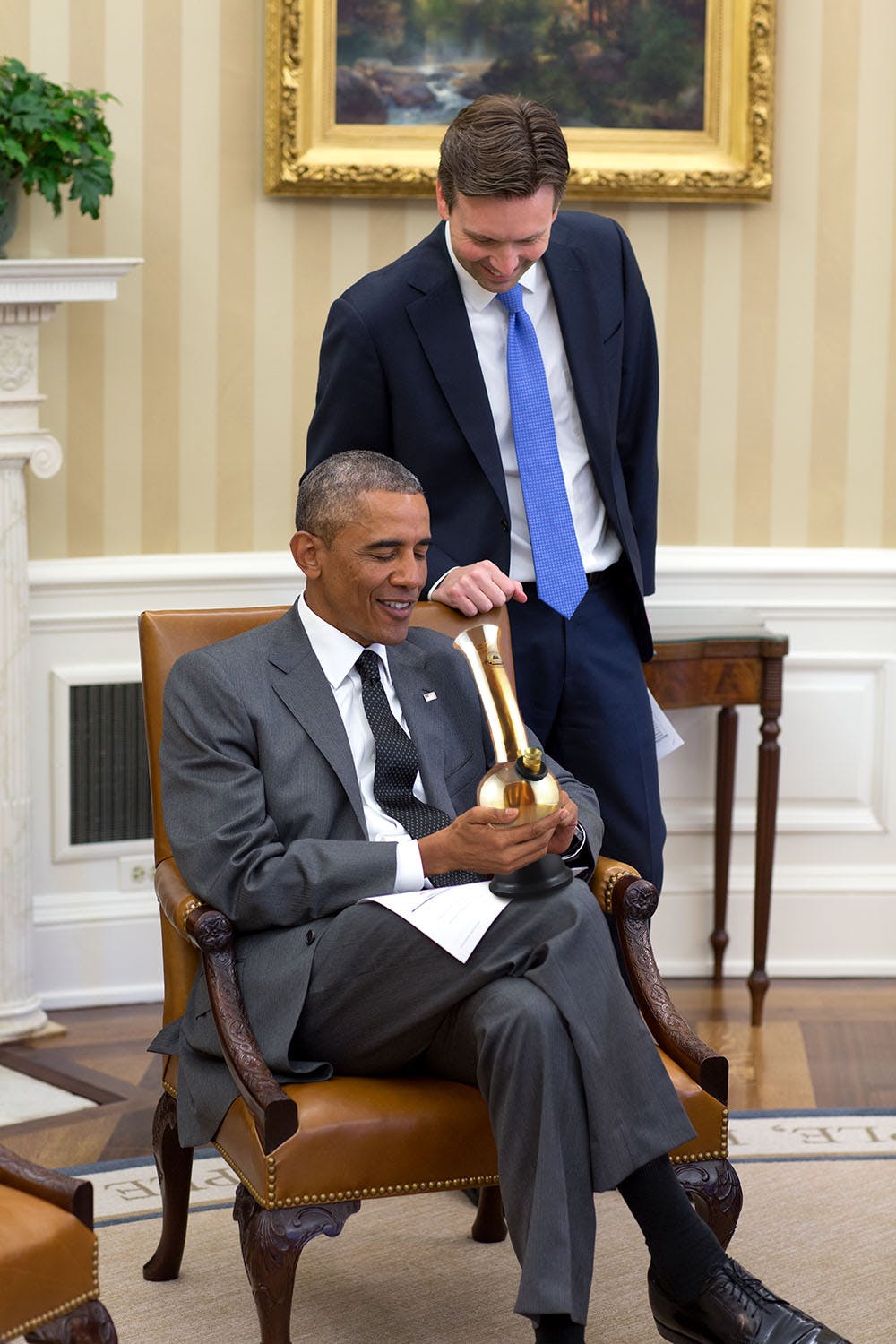 Ultimately, the purpose of this petition is not to pressure the president into doing drugs. If Obama couldn’t be pressured into adding single-payer insurance into the Affordable Care Act, this act of quasi-ironic clicktavism probably isn’t going to do the trick on its own. Additionally, Obama may worry getting baked will make him intensely paranoid that President Trump will use his tiny hands (so small they’re barely visible to the naked eye) to start a trade war with China that plummets the U.S. economy into recession, which doesn’t sound chill at all. In that case, Obama can totally take a pass, and there would be zero judgment. Seriously bro, you do you.

However, based on his historical involvement in The Choom Gang—a crew of high school buddies who all really liked getting high—it stands to reason that Obama is a fan of the herb. Considering how Obama had to quit smoking cigarettes while in office to avoid setting a bad example for America’s youth, similar concessions likely had to be made for marijuana.

Out of office, and with the glare of the international spotlight dramatically dimmed, Obama could smoke whatever he wants in places that have legalized recreational marijuana use, including Colorado, Washington state, Alaska, Oregon, and Washington, D.C.—without breaking any laws that his administration has elected to enforce.

Collectively, as country, we could buy him this elephant-shaped pipe as a reminder of the hopeful bipartisan spirit that accompanied his 2008 presidential campaign. That would be nice. But, let’s be honest, he’s probably just going to vape.

We could also all chip in for an ounce of Obama Kush, enough for the whole Choom Gang, which the marijuana review site Leafly notes, “sets itself apart from other indicas through its cerebral stimulation and euphoric rush…that does not stimulate appetite or put you to sleep.”