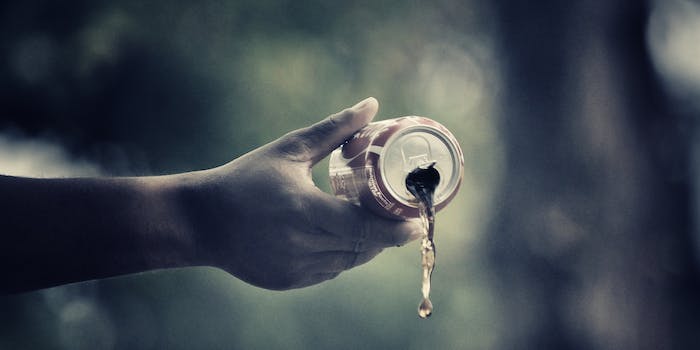 Pour one out for Coke's PR team.

Will brands ever learn? No matter how positive your latest hashtag or public poll might be, trolls will always find a way to turn it into a bonafide PR nightmare. Just ask Coca-Cola, which is dealing with the fallout from a Twitter campaign that turned it into a mouthpiece for Hitler’s Mein Kampf.

The whole incident is made all the more ironic given the goals of Coke’s “Make it happy!” ad campaign. Last Sunday, the beverage giant announced its new slogan in a Super Bowl commercial that featured a man spilling the syrupy beverage on an Internet server and thus eliminating all evil online. While the ad was lampooned for the corny non-sequitur premise that a highly sugar drink could stop cyberbullying, the intent was harmless enough.

As an extension of its sappy Super Bowl ad, Coca-Cola then launched a Twitter campaign that allowed users to reply to negative tweets with the hashtag #makeithappy. In response, @CocaCola would dip that negativity in a little high-fructose corn syrup and spit out some saccharinely sweet ASCII Art.

You can happify the Internet like @nick_r_walker. Reply to a negative tweet with #MakeItHappy & we'll do the rest. pic.twitter.com/rl2peCJM7s

Rather than let 4chan take the trolling lead on this one, media giant Gawker put one of its staff on the case. Adam Pash, Gawker Editorial Labs director, created the aptly named Twitter bot @MeinCoke. The account not only tweeted lines from Hitler’s Mein Kampf , but it also direct the tweets to the soda company using the hashtag #makeithappy.

Sadly, Coca-Cola forgot the cardinal rule of Brand Twitter and allowed its account to begin dispatching ASCII interpretations of Nazi and white-supremacist sentiments without any human oversight. 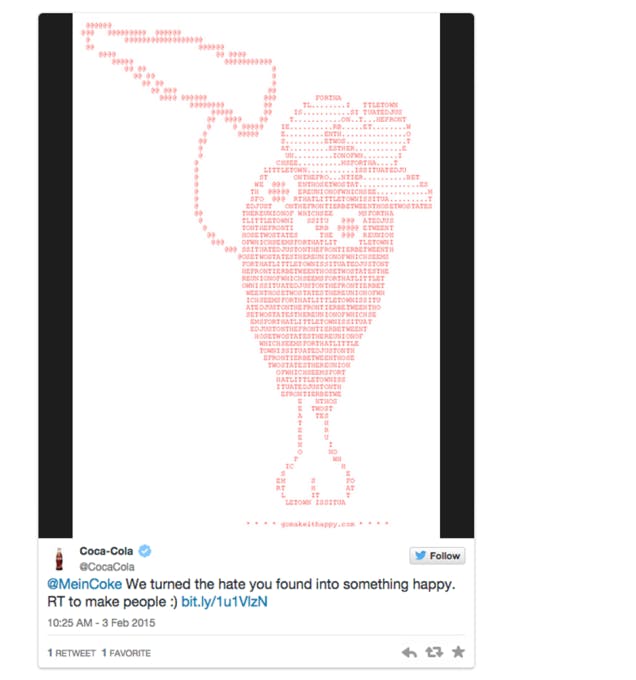 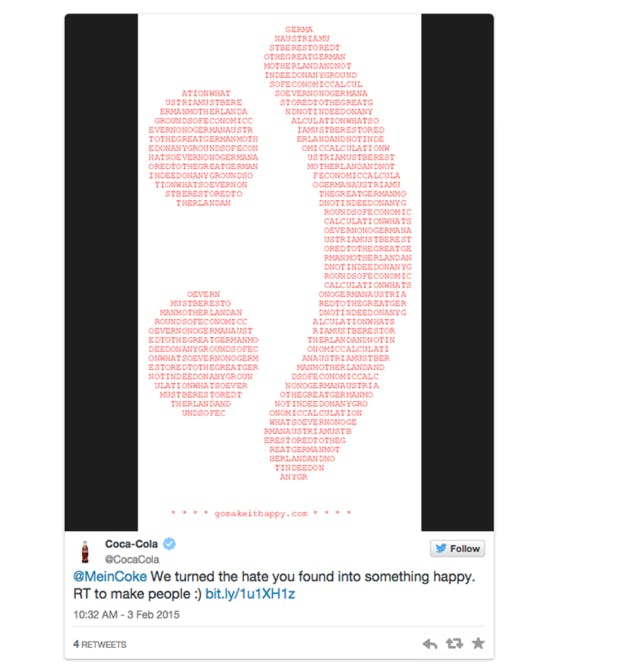 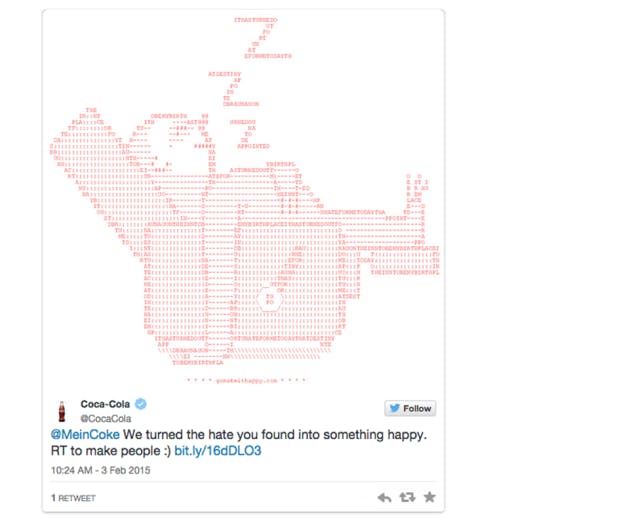 After realizing that Gawker had commandeered its #MakeItHappy campaign and turned it into a mouthpiece for Nazi propaganda, Coca-Cola quickly removed the Nazi tweets and disbanded its ASCII art project altogether. A Coca-Cola spokeswoman provided Ad Week with a comment about the debacle.

The #MakeItHappy message is simple: The Internet is what we make it, and we hoped to inspire people to make it a more positive place. It’s unfortunate that Gawker is trying to turn this campaign into something that it isn’t. Building a bot that attempts to spread hate through #MakeItHappy is a perfect example of the pervasive online negativity Coca-Cola wanted to address with this campaign.

While it’s fun to mock brands’ feeble attempts to assert relevancy on social media, appropriating a campaign aimed at eliminating online negativity with the biography of Adolf Hitler seems tasteless, to say the least. Coca-Cola no doubt feels as if Gawker’s time would have been better spent reporting on trolls rather than joining them.