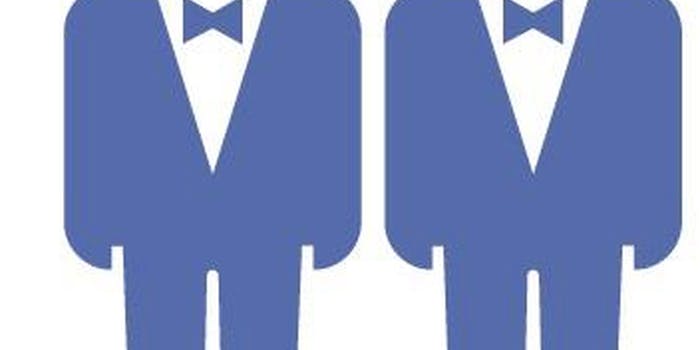 Facebook came out publicly in support of same-sex marriage Wednesday, arguing that California’s restrictions on marriage hamper tech companies when they’re trying to recruit top employees to the state.

The social networking giant joined 300 other large technology companies including Apple, eBay, and Google in an amicus brief filed with the Supreme Court. The Court is scheduled to hear arguments on California’s gay marriage ban next month.

Facebook denounced the Defense of Marriage Act (DOMA) and California’s Proposition 8, which “discriminate against employees in same-sex marriages and create undue burdens on companies and employees,” it stated on its [email protected] page.

DOMA, a federal law, and Proposition 8, only enforced in California, both strictly define marriage as between a man and woman. Pres. Obama on Friday filed a brief that urges the Supreme Court to strike down a section of DOMA that doesn’t recognize same-sex marriages for purposes of federal benefits.

In their 95-page document, the tech companies claimed that the laws make it hard for them to recruit in California. Current regulations alienate talent from pursuing a job in the state, since prospective employees could receive better treatment, benefits, and perks in other states or countries.

The companies said laws like Prop. 8 and DOMA “send an unmistakable signal that same-sex couples are in some way inferior to opposite-sex couples, a proposition that is anathema to [the companies’] commitment to equality and fair treatment to all.”

Facebook isn’t the first company to announce its support of gay marriage, certainly wouldn’t the last as the topic continues to be a hot-button issue. In October, Google released a video touting its support for gay marriage in four states, and in July launched a global campaign for LGBT equality.