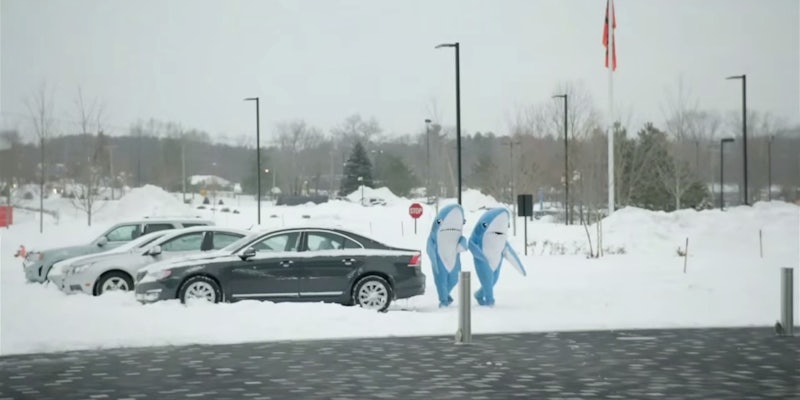 The Left Shark only has one thing on his mind.

Americans were swept up in the waves of the Left Shark craze after Katy Perry’s Super Bowl halftime show, and now ESPN hopes to capitalize on the phenomenon to promote its programming.

ESPN jumped the shark by becoming the shark in a new commercial for its flagship program SportsCenter. In the ad, two ESPN employees who had to drive all the way from Glendale, Ariz., to the network’s Bristol, Conn., headquarters worry about their on-stage performance.

We think they did just fine.

It looks like they even got their hands on the actual costumes used by Perry’s sharks. Better to go through the proper channels than risk the other sharks in the corporate world: Perry’s lawyers, who stand ready to shut down anything fishy.