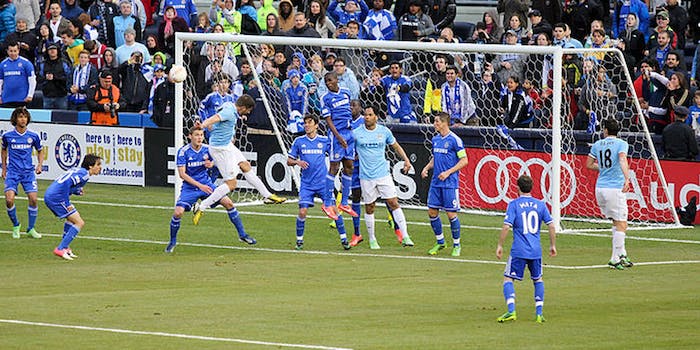 An American’s guide to the English Premier League

No, not that football. Though preseason is under way, the NFL season does not officially kick off until Sept. 4, when the Seattle Seahawks host the Green Bay Packers. But tomorrow, Manchester United plays at Swansea and Arsenal plays at Crystal Palace (just to name a few matches) to open up the 23rd season of the English Premier League.

The EPL, which consists of 20 teams from across England, plays until May 24, 2015 with raucous, anthem-chanting, diehard, bleed-blue (for Chelsea) fans who make the typical Philadelphia Eagles follower/sufferer (of which I am one) look like marshmallows.

Following your favorite EPL team from across the pond is far easier than it was about 10 years ago, when final scores occasionally made their way to the sports agate page (look it up) usually reserved for horse racing results and scores from Division III college teams. The two driving forces behind the uptick in British football (calling it soccer will guarantee a skirmish) interest in the U.S. are the growth of the Internet, which irritates sports informational boundaries, and a concerted marketing effort by FIFA, the governing body of international football.

During the past few summers, some of the top teams in Europe have traveled to the U.S. for a series of friendlies (aka exhibition games) drawing some impressive crowds. On Aug. 2, more than 109,000 fans poured into the Big House (aka the home field of the University of Michigan) to see Real Madrid play Manchester United in a friendly. That same weekend, a match between Liverpool and Inter Milan drew more than 69,000.

As a New York Times article put it earlier this year:

“Nowadays, smart-set types are expected to be conversant in European soccer. ‘It’s like the way you expect somebody to know what’s happening in True Detective,’ said David Coggins, the editorial director for the Freemans Sporting Club fashion label, who writes about European soccer for A Continuous Lean and Valet.”

We all cannot be in the smart set, so a guide is in order for those wanting to follow the daily doings of the likes of Chelsea, Everton, West Ham, and the team with one of the coolest logos in sports, the Tottenham Hotspurs. With player transfers, injuries, and gossip—lots and lots of gossip—there’s plenty to keep an eye on. Here are some links to get the soccer ball (oops, football) rolling:

A newbie guide to picking your favorite EPL team

All of the EPL teams have Facebook pages, but here are a few that cover the entire league.

If business or pleasure takes you to England and you’d like to see a match in person, a few tour companies can arrange travel packages.

If you want to become a truly tortured EPL fan, I suggest you pick up a copy of Nick Hornby’s novel, Fever Pitch. It has twice been made into a film, the more recent one with Jimmy Fallon and Drew Barrymore substituting the Boston Red Sox for Arsenal.