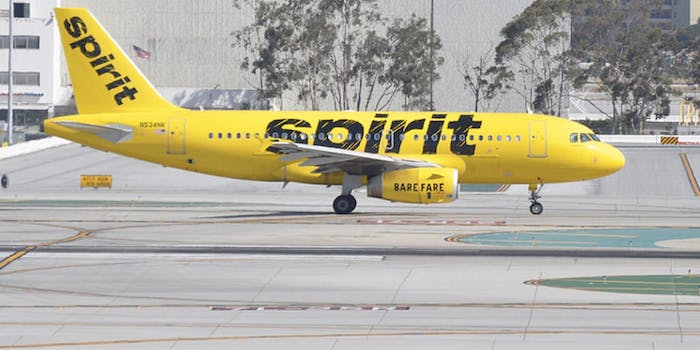 The friendly skies weren't so friendly for these folks.

Good news: We now have an answer to the age-old question “What would happen if passengers on a budget flight across the country start blasting music from a boombox at 30,000 feet and refused to turn it down?”

If you guessed “a WorldStar-worthy fistfight posted to Snapchat/Instagram and investigated by the FBI once the plane landed,” you are correct.

Two “intoxicated women” on Spirit Airlines Flight 141 from Baltimore to Los Angeles set the incredible midair scene, pointedly asking other passengers who told them to turn down their rudely amped-up tuneage, “What are you going to do?”

While we sorely wish we knew what songs these drunks were jamming to—Westlife’s “Flying Without Wings,” perhaps—it’s just as amazing to learn that, after the five women involved in the brawl were pulled off the plane at Los Angeles International Airport, none of them were charged with anything.

This leaves open the wonderful possibility that they’ll find themselves sharing a row of seats on the long flight back east.