Tragic news out of Schenectady, N.Y., as sources report that 17-year-old Draven Rodriguez, who last fall won the Internet’s heart by petitioning for a laser-cat-themed senior yearbook portrait, took his own life on Thursday.

The viral star was remembered as smart, empathetic, humble, and funny by those who knew him—and many did. “He made friends wherever he went,” Rodriguez’s father, Jonathan Stewart, told the Times Union. “He had friends all over the country—people he’d met at youth-leadership conferences, online, just around town.”

Recently, Rodriguez had posted about playing guitar on Instagram (he had been teaching himself) and even alluded to plans for the future. “Selfie with the amazing Mike of the @unmakeabully project,” reads the caption to a photo of Rodriguez and Mike Feurstein, with whom he worked to combat bullying in schools. “Had an awesome time working with the kids in Amsterdam [N.Y.] and I’m excited to work with them next year.” 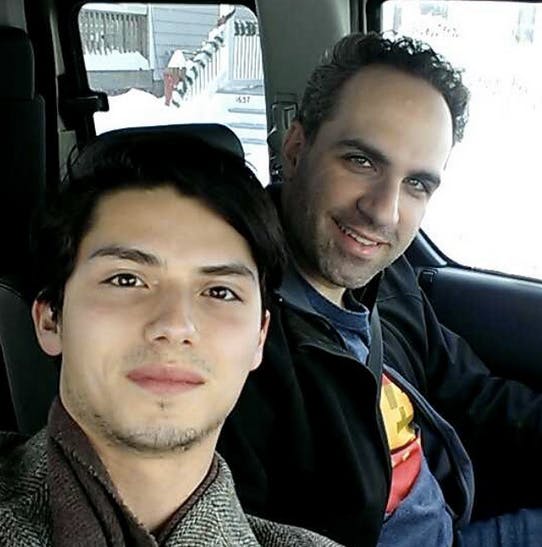 On Rodriguez’s Facebook wall, friends and family paid tribute to a true original who left behind a legacy of kindness and a void impossible to fill. 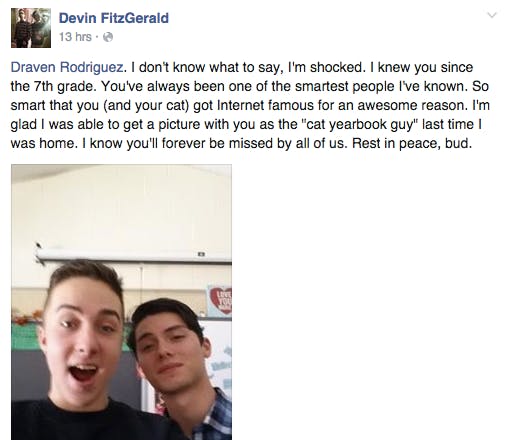 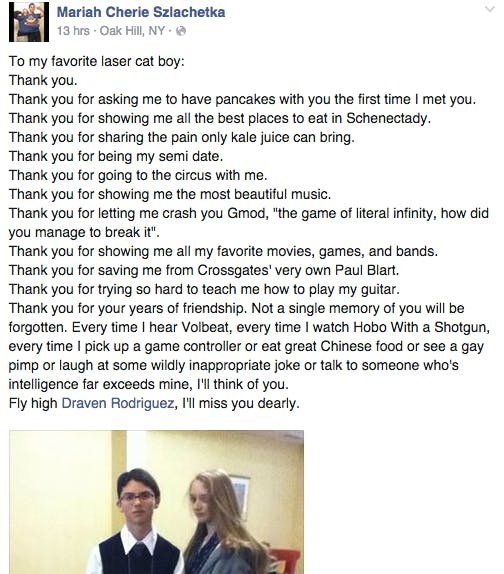 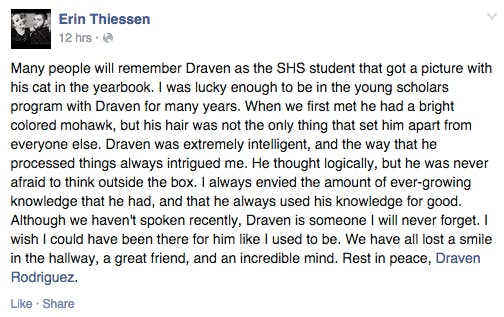 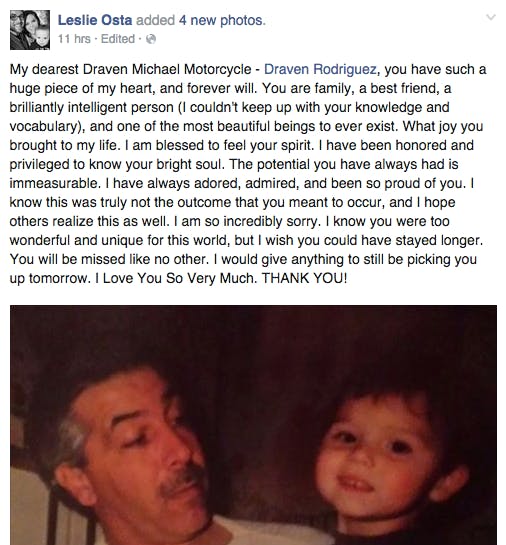 After facing resistance from Schenectady High School principal Diane Wilkinson over the proposed yearbook photo with his beloved cat, Mr. Bigglesworth, Rodriguez—perhaps because the unusual request made national headlines—finally won the day: Wilkinson agreed to stage a new group portrait that included herself and her chihuahua, Vivienne, as a way to promote animal adoption and rescue in a different section of the yearbook.

“He wasn’t trying to stir things up with it,” said Stewart of the photo that made his son an Internet legend overnight. “He honestly just wanted a silly photo because he had a great sense of humor.”