Paranoia or privacy erosion? A primer on what’s at stake

Are we entering a new era of McCarthy-ism—with a whole new set of tools?

If Google and Apple already have all this information about us, do we really care if the NSA does too?

Since the revelations about the NSA’s domestic (and international) spying practices first came out, I’ve had a lot of conversations with a lot of people about the scandal. For every person who’s outraged, it seems, there’s another who’s apathetic.

(If you’re still confused, by the way, about what all the NSA is up to (and what all those damn acronyms mean in practical terms), we’ve got a handy infographic that will lay it out for you.)

Here’s how it all shakes out: The NSA monitors a great deal of the world’s Internet traffic directly, by splicing into the very fiber optic cables that form the backbone of the Internet. It’s estimated that direct monitoring gives the agency access to about 50% of all Internet traffic. The NSA can watch much of that traffic, including browser history, chats, and emails, often in real time. 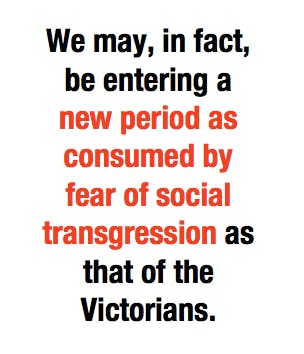 While some of that is protected by encryption systems, the NSA has broken many of the most frequently used encryption protocols (which ones or how many is unknown) that protect everything from email to bank transactions. So secure service protection is no guarantee of the user’s privacy. When that fails, though, the NSA also has “backdoor” access to a variety of private services. If they can’t break the code, get informal access, or they just didn’t get a targeted data set in their sweep, they can also obtain warrants through PRISM to demand user data directly from nine of the largest tech companies.

The upshot is that the NSA likely has far more information on you than even Google does. Personally, I would also guess that Google and Apple are more conscientious (having already weathered a few scandals) about anonymizing the data in their servers—though that in itself is fairly scant protection.

Still, the question remains: So what if the NSA, Google, and a dozen other Internet companies have my data somewhere in their servers?

The NSA’s argument is that they will only use this data for national security purposes. Indeed, I believe that most of the data the NSA could provide against you if you were, say, accused of buying heroin on Silk Road with the intent to distribute, would be deemed inadmissible.

Unfortunately, the government has figured a way around this. Say the NSA notices—by reading emails between you and your lawyer—that you have perhaps not been paying all of your taxes. They pass this information over to the IRS, which, now that they know where to look, has an established protocol for gathering evidence so that when they present their case against you the NSA’s involvement can be ignored. 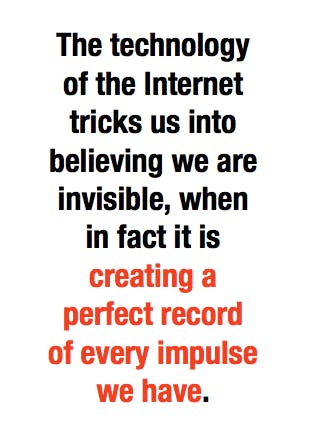 (That actually touches on why I think Google and the government have to be held to a higher standard: Google doesn’t send people to jail or to the electric chair.)

In any case, we have to wonder about the potential for abuse. What happens when someone at the NSA just doesn’t like you very much? Snowden demonstrated just how many people there are that can get into a lot of this information. What happens when your ex, who’s changing the light bulbs at the NSA, which apparently gives him top secret access, decides to look up your Internet history? Did I mention your ex also has a Twitter account?

Or, Flying Spaghetti Monster forbid, say we go through another paroxysm of fear and paranoia as we did in the wake of September 11, or in the early days of the Cold War. You may not have done something illegal, but perhaps you’ve done something that someone decides he or she doesn’t like… I don’t believe it was actually illegal to be a homosexual and work at the State Department, but when McCarthy was having his fun, it might as well have been.

There have been periods in history where what is socially unacceptable can be absolutely calamitous for the individual—the ‘50s in America just one recent example.

We may, in fact, be entering a new period as consumed by fear of social transgression as that of the Victorians—all because of a simple, strange dichotomy created by the Internet, a dichotomy that has given rise to this problem posed by the potential for abuse in the NSA.

Last week, I wrote about sex. Sex online gets further and further away from old fashioned missionary style at least to some degree just because there is no accountability. We can explore all we want, because it’s only “fantasy”—and because we don’t have to ever come face to face with the clerk as we buy a copy of “Findom” magazine. In other words, much of the way we behave online is because we have the expectation of privacy.

In a sense, the real issue is that the human machine is a little obsolete. Looking at a bunch of pixels, it’s very difficult for us to imagine that anyone or anything might be looking back.

And yet, pixels, data, bits and bytes, the stuff of the Internet, is by its very nature completely trackable. The physical evidence of IRL, the stuff of CSI, is just traces. Data, by contrast, is complete—it is reproducible, and can be stored ad infinitum.

The technology of the Internet tricks us into believing that we are invisible, when in fact it is creating a perfect record of every impulse we have when we perceive we are alone.

They used to tell teenagers, in order to discourage their baser impulses, that when they masturbated the ghosts of all their dead ancestors were in the room. This wasn’t necessarily a great threat—after all, who was Uncle Casper going to tell?

But now, in health class, teens should be warned. We have no evidence that Uncle Casper is standing over your shoulder, but you can be pretty sure that Uncle Sam is.