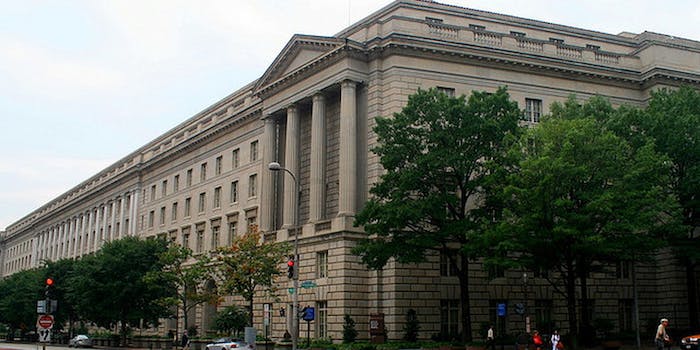 Manual explains how IRS disguises its use of NSA data

"Parallel construction" means the IRS has access to NSA surveillance data, but can't officially use it to build a case.

The Department of Justice is investigating reports that the Drug Enforcement Agency (DEA) distributed NSA surveillance data, along with information from its own database, to other domestic law enforcement agencies to help them conduct investigations on American citizens.

Now it seems the Internal Revenue Service has got its hand in the pie as well.

The DEA unit responsible for liaising with the NSA for its data is called the Special Operations Division (SOD). SOD is run by the DEA and communicates with representatives from the DEA, FBI, CIA and apparently now the IRS.

Because domestic spying is still illegal in the United States, the information gained in this way cannot be used baldly in court, so the agencies involved use what is called “parallel construction.”

Parallel construction is the process of cobbling together a plausible investigative narrative that would have produced the same information and introducing that in court (or other official proceedings).

Now, information has come to light via a Reuters report that the IRS has, for two years, utilized a manual that explains how to take advantage of domestic spying, along with a recommended process for camouflaging those actions. Oddly, this manual was in full view of the public (or at least a section of it) via the popular Westlaw legal database.

“A 350-word entry in the Internal Revenue Manual instructed agents of the U.S. tax agency to omit any reference to tips supplied by the DEA’s Special Operations Division,” wrote Reuters’ John Shiffman and David Ingram, “especially from affidavits, court proceedings or investigative files. The entry was published and posted online in 2005 and 2006, and was removed in early 2007… An IRS spokesman had no comment on the entry or on why it was removed from the manual.”

From the IRS manual:

“Special Operations Division has the ability to collect, collate, analyze, evaluate, and disseminate information and intelligence derived from worldwide multi-agency sources, including classified projects. SOD converts extremely sensitive information into usable leads and tips which are then passed to the field offices for real-time enforcement activity against major international drug trafficking organizations… Usable information regarding these leads must be developed from such independent sources as investigative files, subscriber and toll requests, physical surveillance, wire intercepts, and confidential source information. Information obtained from SOD in response to a search or query request cannot be used directly in any investigation (i.e. cannot be used in affidavits, court proceedings or maintained in investigative files).”

In other words, the IRM (Internal Revenue Manual) gave agents instructions in how to lie when utilizing illegally-obtained NSA domestic spying information via the DEA for prosecutions and other legal actions.

The IRS is hardly the most popular of the host of alphabet soup government agencies that citizens running the gamut from John Birchers to Occupiers find overbearing, overstepping and overweening, and its popularity has plummeted recently, according to the Gallup polling organization. This decline has been helped along by revelations that the agency subjected conservative groups to a much higher level of scrutiny than others when awarding nonprofit status.