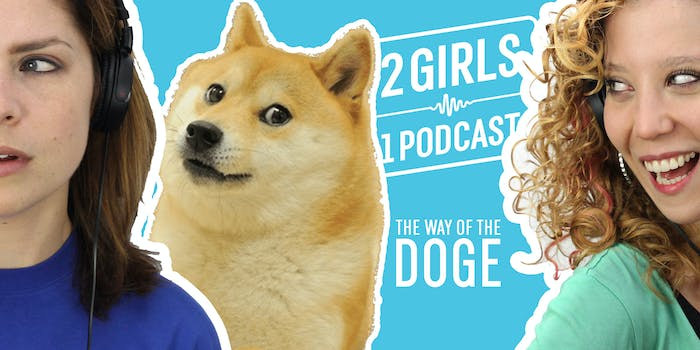 Since 2013, the Doge meme has made us laugh, cry, and stare longingly into the beautiful eyes of a Shiba Inu. Like most memes, it’s an image put into new contexts again and again.

And in late 2013, it was turned into a cryptocurrency. Dogecoin began as a joke—a way to poke fun at the rise of blockchain and crypto trends. But today, it’s incredibly popular as a commodity and digital currency, with an estimated market cap of $5 billion.

Gary Lachance, an open-source and decentralization advocate, has embraced the Way of the Doge. He explains that if a philosophy of fun and openness underpinned our monetary system, perhaps the world would be a better place. And Lachance feels we’re at the start of a global transformation if we use the internet right.

This week on 2 GIRLS 1 PODCAST, Alli and Jen speak with Lachance about his creation of Decentralized Dance Parties which unify thousands across the internet through music. Lachance also takes us into the Dogecoin community, and illustrates how the internet can be used as a weapon of peace, rather than control.