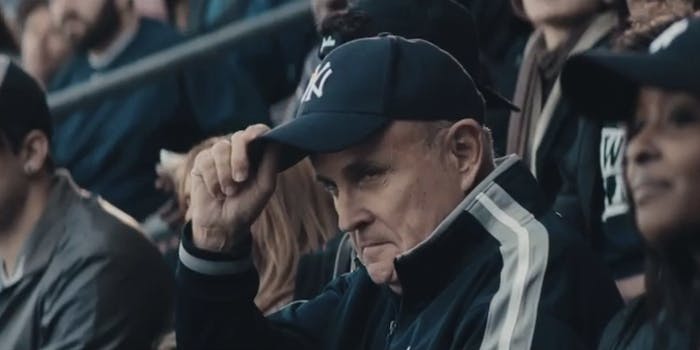 Jeter’s final All-Star game is Tuesday, and if the universal affection from Major League Baseball is any indication, it should be an emotive one.

With Derek Jeter’s retirement set for season’s end, the 20-seasons-strong face of the New York Yankees is enjoying a sort of national farewell tour as the Yankees visit American League ballparks in a quietly tight AL East race. Nike has captured the moment with 90 seconds of indomitably brilliant, gorgeously shot, nostalgia-tinged advertising.

Nike’s Jordan Brand subdivision, agency Wieden+Kennedy, and Arts & Sciences director Matt Aselton teamed up to capture the citywide “Re2pect” for the beloved shortstop. One by one, celebrities and fans mimic Jeter’s batter’s box routine, tipping their caps at the longtime Yankees captain.

Jeter’s final All-Star game is Tuesday in Minneapolis, and if the universal affection from Major League Baseball is any indication, it should be an emotive one.