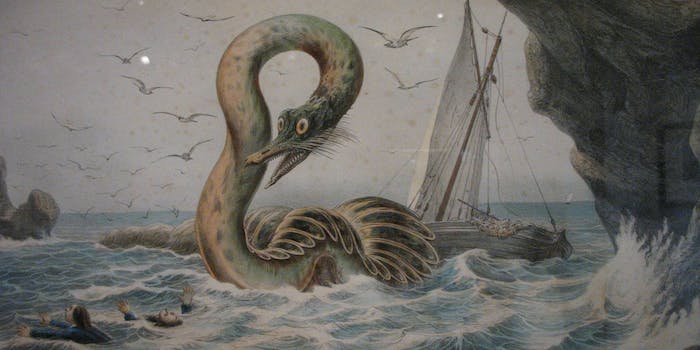 The vast majority of the world’s oceans remain unexplored, which means there are possibly thousands of creatures waiting down there to be discovered.

“When you go to the deep sea, every time you take a sample, you’ll find a new species,” Ward Appeltans, a marine biologist with the United Nations Educational Scientific and Cultural Organization, told U.S. News back in 2012.

And the interesting thing about that is all of those deep creatures are made from 100 percent pure nightmares. Or at least that’s the impression you get when you look at the Twitter account of Roman Fedortsov, a Russian deep sea fisherman, who seems determined to make sure none of us ever sleep again.

We understand that at this point you might need a short break. Please enjoy this video of a kitten popping water balloons.

Fedortsov even managed to capture what I’m pretty sure is a baby Skeksis from The Dark Crystal.

And in case you’re wondering if maybe he’s just posting these things for the scientifically curious, and not to terrify children and adults alike, take a second to translate his captions from Russian.

Translation: “Everyone have a great day!”

Thanks Fedortsov, but it’s far, far too late for that.