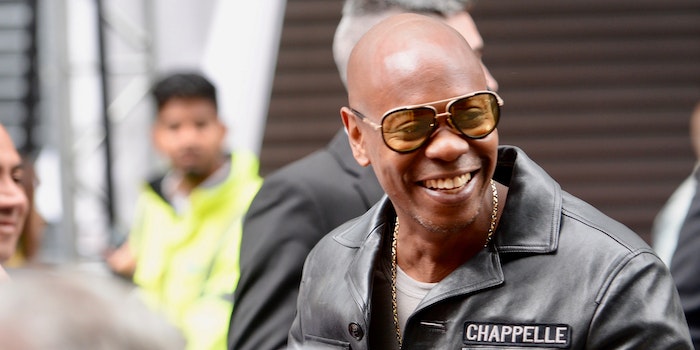 They all hung out at a maskless, backstage party after a show.

If you’re a wealthy celebrity, you have the means to seal yourself in a bunker (or at the very least a luxury apartment) and avoid the pandemic. But a lot of celebrities clearly aren’t taking this route, as comedian Dave Chappelle has become the latest high-profile star to catch COVID-19 after hanging out in public without a mask.