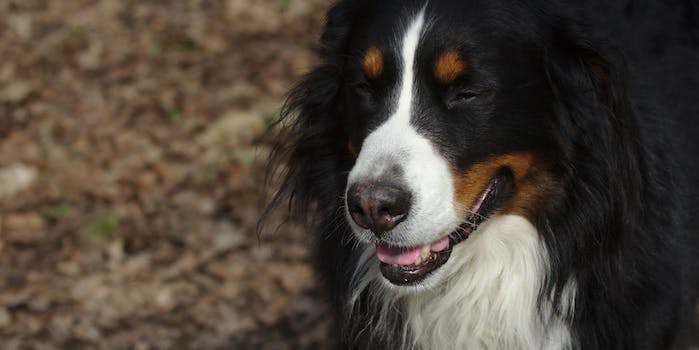 Since its launch in 1995, Craigslist has benevolently served the diverse needs of the people. Whether you’re seeking romance or a broke shopper, the online community bulletin board has something for you.

Inspired by the myriad successes of decades of posters before me, I decided to dip my toe into the murky Craigslist waters to find the one thing I sought most: a really cute dog I saw while I was out walking in my neighborhood.

It was a Bernese Mountain Dog, and it was far away enough that even some strategic speedwalking couldn’t get me close enough to pet it. At this moment, I was a person in need (of some sorely missed quality pup time), and there were hundreds of places on the internet I knew I could go for assistance. I narrowed my options down to just one.

After navigating to Craigslist’s “Personals” section and working my way through the airtight “Missed Connections” security by confirming with a click of a button that I am in fact over 18 and aware that personals may include adult content, I threw caution to the wind and published an ad for the fluffy canine who had innocently crossed my path and simultaneously won my heart.

Within hours I received several responses, but, much to my dismay, not a single reply was from the dog in question. See, this may come as quite a shock, but it turns out that the internet users who peruse the Craigslist personal ads do not actually read any of the content.

There were those amorous responders who sought only to put themselves out there.

A few simply wanted to give their two cents. 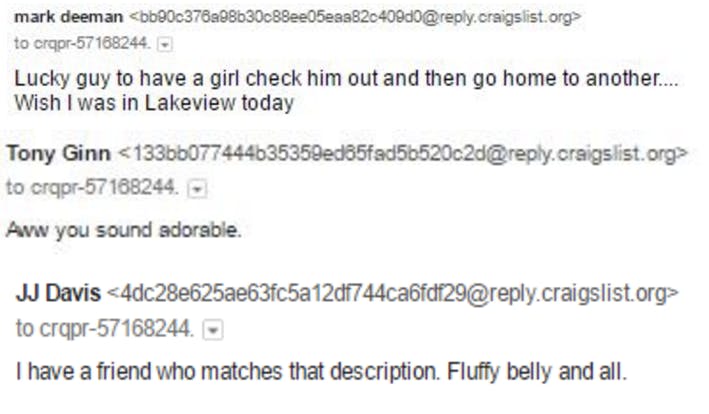 And others were skeptical of my approach.

Though I admittedly received some very kind invitations and generous offers, I never came across the one I was really hoping for.

Alas, I learned the hard way that for every shining Craigslist victory, there is at least one bitter disappointment. I suppose I’ll stick to using the site for furniture sales and not-at-all-suspicious in-home modeling jobs.

All that aside, if anyone happens to see a fluffy Bernese Mountain Dog in the northeast Lincoln Park area of Chicago, please let me know.