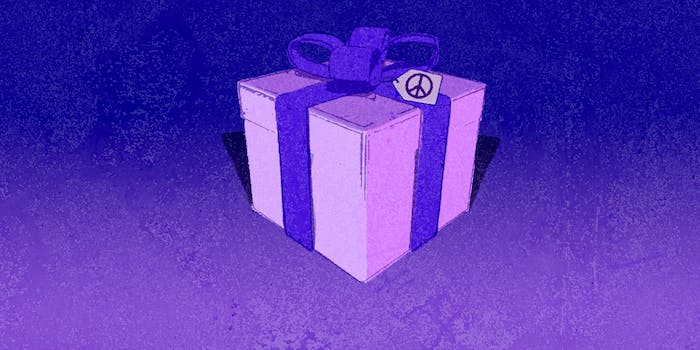 Given that even a used blow-up sex doll will set the adventurous Craigslist shopper back a cool $25, it’s surprising the site even has a “free stuff” section. What sorts of goods and services could be worth literally nothing?

See, Internet people are fundamentally generous at heart. Just because they can’t think of a reason someone would want a dead skunk in a bag doesn’t mean they won’t offer it up to potentially interested parties.

Found in the free stuff section of Craigslist…

And when they can’t stand the sight of their hoarded Hot Pockets anymore, they’d really rather all that food didn’t go to waste.

Even their misfortune is someone else’s gain.

As is their anger.

I get email notifications for free stuff on Craigslist…

By and large, they simply want to share their wealth. And goats.

And geese (and donkeys and garden gnomes and favorite hairstyles).

They also want to help you become more self-reliant.

Just spotted this in the Free Stuff section of Craigslist Toronto…

The thing is, they’re always thinking of those most in need. Like people too lazy to make their own Halloween costumes, for example.

When I'm bored I go on Craigslist and look at the free stuff people wanna give away pic.twitter.com/lJxddwDe9S

Or people with back problems (and a very refined palette).

Odds are, you’ll come across something you didn’t even know you wanted.

I swear some of the stuff on craigslist free! pic.twitter.com/GrVAmv3eo9

***WOLF LOVERS ONLY*** saw this in free stuff on craigslist

Or see a chance to give back to your community.

Even if that means the occasional compromise.

At the end of the day, there’s nothing you can’t find here.

So get out there and hunt down a bargain. They’re everywhere you look.

Hey guys!!! Free stuff on #craigslist from @Willy__D YOU WILL NOT FIND THIS ANYWHERE ELSE. LET YOUR FRIENDS KNOW. pic.twitter.com/fwHDrJZSGw