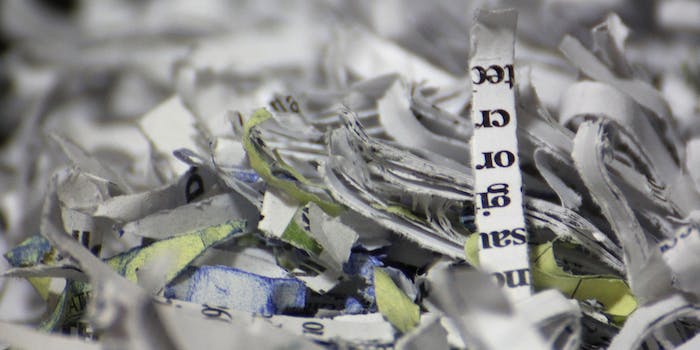 And why we hope to one day bring it back.

This afternoon we put the Daily Dot’s commenting system on indefinite hiatus. Chances are you didn’t notice—and that’s part of the point.

The Daily Dot was founded as a hometown newspaper for the Internet—a paper of record for the Web—chronicling the people, news, and events shaping life online. The concepts of community and authenticity are at the core of everything we do: We don’t just report on Reddit, and Tumblr; we’re active participants, putting in as much as we’re reporting out. That’s what’s distinguished us from every other new media site.

But that sense of community has largely stayed in those communities. Focused as we are on communities across the Internet, we employed a best-in-class, third-party system for our on-site comments that’s used by many of the biggest and most prestigious publishers in the world. As we’ve said, however, we are not like other publishers. The system has been difficult to manage in concert with the distributed way we engage with our community and has created unintended barriers to entry that were simply too high for our hyper-social audience. In fact, we think our unique position in online communities has put us at the edge of a trend that many publishers are experiencing, and we suspect that many publishers will soon find that their existing commenting systems do not serve their readers as the conversation continues to move off websites to social media, where most of our content is discovered and consumed.

This trend is about more than just raw engagement. It’s also about what kind of engagement we want to have. We’re at an interesting point in the history of the Web. In the wake of Gamergate, Celebgate, and the Reddit Meltdown of 2015, both publishers and social networks are grappling with the same fundamental issue: how to foster engagement and dialogue without inadvertently feeding the trolls in the process. The general consensus is that we need to detoxify the Web—to make it a cleaner, nicer, safer, and more inclusive place to live and work. Of course, at the Daily Dot, we would like to see a more civil, compassionate Web, but we want to be careful that in the name of fostering civility, we do not inadvertently kill all dissention. It is the cacophony of the Web—the voices from every point in the spectrum that give it its vibrancy—that make it the community we love. No one has quite figured out how to thread that needle yet, even those who have invested significantly in their own internal systems.

We’re encouraged by the interactions we have daily with our readers on Twitter and Facebook—the vast majority of which have been positive—but commenting systems take thoughtful moderation and constant development to provide a platform for every voice in the community that supports it to be truly heard. We’re open to the possibilities, and we’ll be looking to bring back commenting at some point in the future, most likely through Facebook integration, but right now our resources are better spent elsewhere. We’ve already tripled the size of our audience engagement team this year to interact more directly with our community, and we’re still growing.

It’s a different route toward the same goal: to deliver the news to our readers, wherever they may live online, and to keep the conversation moving forward.