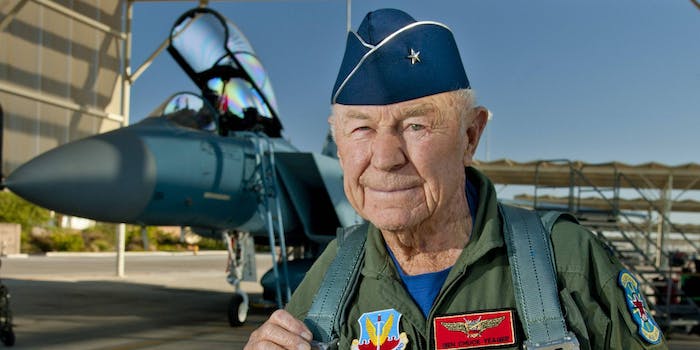 Chuck Norris is often held up at the ultimate American badass (sorry Kid Rock). Which is fair. After all, the man can break wood with his bare hands.

But there’s another Chuck who in 1947 broke a little something called the motherfucking sound barrier when he flew a plane that was dropped out of another motherfucking plane. 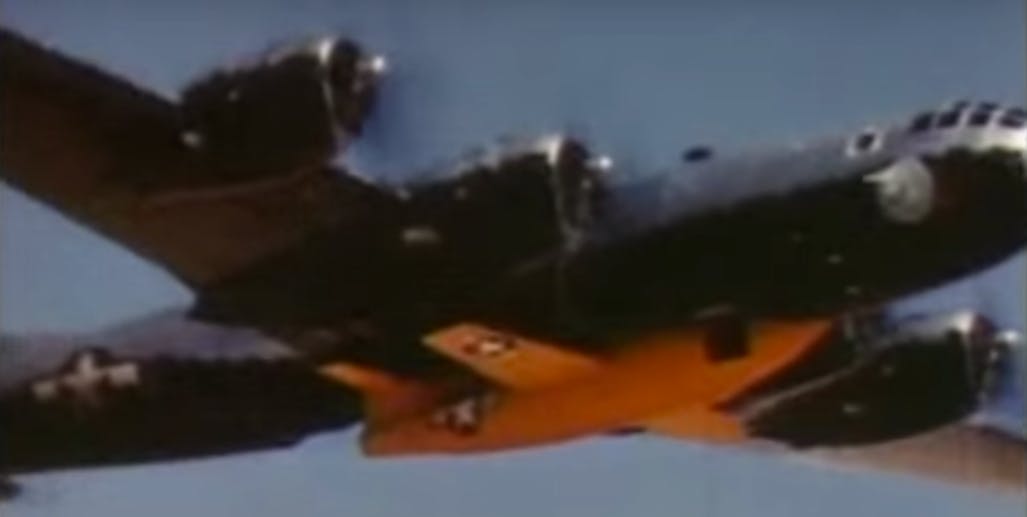 The motherfucking planes in question.

That man is General Chuck Yeager, and the plane he flew was called the X-1. If that’s not badass I don’t know what is.

Yeager hasn’t given up his badass ways, even at age 93. He now runs his own Twitter account, where he will basically answer any question you send him. It’s the best account on Twitter you aren’t following.

@GenChuckYeager General Yeager, what was the most difficult challenge you ever faced during a flight?

@GenChuckYeager Any recommendations for me when I take a flight on a WWII SBD Dauntless Dive Bomber?

Do you have a will? https://t.co/NjyxRp1DGz

How many times did you watch TOP GUN?

Why would I watch Top Gun? https://t.co/drQYUSGLqk

@GenChuckYeager Are you interested to see the Sully movie?

No, I know the ending https://t.co/hNisYWxSCT

Now that the word is out that you can get advice from a war hero you wish was your grandpa, it’s doubtful even the man who first flew at Mach 1 will be able to keep up.

@GenChuckYeager What should I name my cat?

His answer did not disappoint.

Thanks for your service, General Yeager. You’ve still got the right stuff.