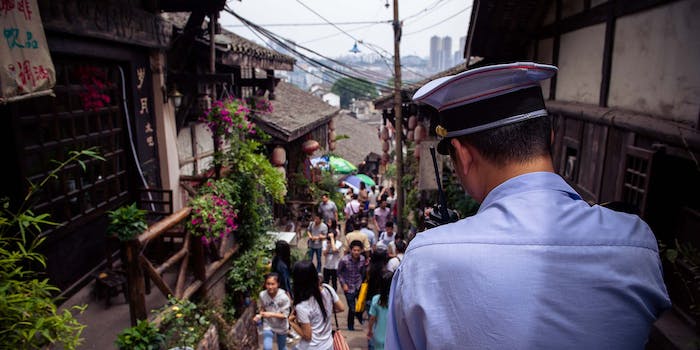 After after five years of nonstop growth, China’s most popular social network is shedding users.

Often referred to as “China’s Twitter,” Sina Weibo dropped from 309 million users at the beginning of 2012 to 281 million at the end of 2013, according to a study from the government-backed China Internet Network Information Center. The 28 million lost users represent a population more than twice the size of China’s capital, Beijing, and account for 9 percent of the network’s total users.

Sina Weibo’s precipitous drop in popularity suggests that the government’s attempt to rein in free speech on social networks is working, at least in the sense that it’s driving people away. In March 2012, China forced every Sina Weibo user to register with their real name in an effort to quash what it declared “harmful” online rumors. This was followed by a significant revision of online speech laws in September, 2013. Under the rewritten regulations, microbloggers faced up to three years in prison for fabricating any online rumor that was shared 500 times or viewed 5,000 times.

Arrests and show trials soon followed. In September, Chinese-American businessman and influential Sina Weibo user Charles Xue was arrested for allegedly soliciting prostitutes. Chinese officials paraded him on national TV, where he was forced to give a bizarre public confession, in which he blamed his online fame for leading him morally astray.

“My celebrity status got to my head,” Xue said. “With no online restrictions, I started to run against the currents.”

Later that same month, police in China’s northern Gansu province arrested a 16-year-old boy under the new regulations. The weekend before, he’d taken to his social media account to call for further investigation into a recent suicide, which he suggested was more likely a murder.

“Where is justice?” he wrote on his microblog. “Three days and two nights have passed since the death, and the major media are not reporting the case.… People still don’t know the truth.” The post was reblogged more than 900 times. Police arrested him for spreading an “online rumor.”

Indeed, what qualifies as a “rumor” has been left vague—likely intentionally so. And combined, the laws have had a chilling effect on online speech in China so much so that, in November, the government essentially declared “victory” in its attempt to control speech. According to a report in the state-owned People’s Daily newspaper, posts from so-called “opinion leaders” dropped 25 percent just two months after the law was passed. At the same time, official government accounts ramped up their own posting. The unfettered discussions that made Weibo popular in the first place were being shoved out by government propaganda.

At the same time as government interference made Sina Weibo a much less welcoming place, it began to get squeezed from another side. Of the 18 million Weibo defectors, 37 percent shortly joined a messaging service called WeChat. Made by Sina competitor Tencent, the mobile messaging app has grown rapidly since launching in 2011, and is now used by 300 million people.

Is Sina Weibo about to become China’s MySpace?