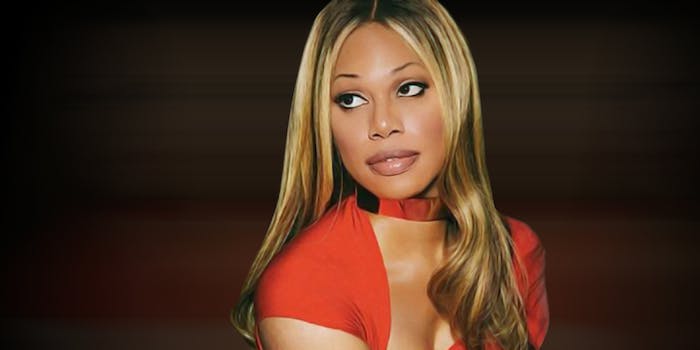 This issue goes beyond mere ignorance.

On Friday, May 30, the National Review Online published an essay by Kevin D. Williamson, one later syndicated in the Chicago Sun-Times. Williamson was writing in response to Time magazine’s feature “The Transgender Tipping Point,” a historic feat that put actress and activist Laverne Cox on the cover. The thesis of Williamson’s essay, cleverly foreshadowed in the title “Laverne Cox Is Not a Woman,” is that transgender people are delusional:

The trans self-conception, if the autobiographical literature is any guide, is partly a feeling that one should be living one’s life as a member of the opposite sex and partly a delusion that one is in fact a member of the opposite sex at some level of reality that transcends the biological facts in question. There are many possible therapeutic responses to that condition, but the offer to amputate healthy organs in the service of a delusional tendency is the moral equivalent of meeting a man who believes he is Jesus and inquiring as to whether his insurance plan covers crucifixion.

Those of us who depart from the expectations of our assigned gender are all too accustomed to such rhetoric. Our consolation is that this position will seldom be held by anyone who knows us. Our friends, families, neighbors, and colleagues are generally confronted with a banal and simple realization that contradicts what folks like Williamson continue to see as shocking: we are happier and more productive when our authentic gender is affirmed.

Believing that adults, or even children, who show no other signs of such purported delusion, are capable of defining the nature of their own gender doesn’t actually require any “magical thinking,” as Williamson argues. Medical science, biology, psychology, and hundreds of thousands of human experiences over centuries, have already thoroughly confirmed the reality of transgender people.

By substituting his own wisdom, Williamson places himself in the grand tradition of those who opposed heliocentrism—or worse, those who failed to see anyone other than white men as fully human.

As with the former, disagreement doesn’t change reality. Williamson’s grasp of “the biological facts of life” is no different than pointing to the rising and setting of the sun as as clear evidence that the earth is the center of the universe. Transgender people aren’t lies in the face of facts; we’re facts that widen the truth. Williamson’s audacity to determine what Cox’s body means is a worse sin, and the consequences of an attitude so thoroughly rooted in self-serving prejudice are far darker. His essay eerily echoes centuries of white men telling black women what they are. All who value human agency and self-determination should be deeply disturbed by such ideas.

Transgender people do not harm society—we are harmed by it. No amount of fabricated stories and fever dreams about bathroom or locker room violations change the facts. Transgender people are discriminated against, face the highest rates of unemployment, homelessness, and suicide; we are made to feel unsafe in schools and on public transportation; we are kicked out of appropriate shelters, mocked, harassed, attacked, and murdered.

Laverne Cox, like writer Janet Mock, has become an icon precisely because she embodies these intersectional identities and has nonetheless triumphed over them, achieving success and finding her story celebrated. Cox is a possibility model, not just for trans women of color, but to all who find themselves marginalized for who they are. Her presence on the cover of a mainstream magazine is simultaneously a symbol of victory and a battle cry, to both those openly fighting for rights and those still living in the shadows. It’s value can’t be overstated.

To witness such a moment occur and respond as Williamson did goes beyond mere ignorance. To utterly ignore science and history in favor of one’s own biases tips over into arrogance. Basic respect doesn’t even require belief or agreement, so to go even further and intentionally misgender Cox is undisguised cruelty. It is an implicit endorsement of every injustice trans people face.

The National Review, Chicago Sun-Times and all those who would echo sentiments similar to Williamson would be wise to consider which side of history the ignorant, arrogant, and cruel typically fall on. You may sell a few more papers in the short term, but the real cost is greater.

Those of us in Chicago are particularly disconcerted and ashamed to see our own local publication, the Sun-Times, willfully endorse such baseless opinion.

Chicago has earned a reputation for being home to a large and vibrant transgender community making significant contributions to the cultural and economic vitality of the city. Does the Sun-Times wish to insult the dignity of people like billionaire businesswoman and philanthropist Jen Pritzker? Would it prefer that that most successful woman filmmaker in history, Lana Wachowski, take her studio elsewhere? Does it not want people like rock star Laura Jane Grace, ESPN contributor Christina Kahrl, MMA fighter Fallon Fox, and SAIC professor Mickey Mahoney to feel at home here?

Is it not proud of Chicago House’s TransLife Center, which has served as a national model for integrated social services? Should annual efforts like The Trans 100 be written off as the mass hysteria of the collectively delusional?

Transgender people are lawyers, artists, and students. We ride the train along with you, make your coffee, design the computer programs you use. We not only attend concerts in Millennium Park with you, but we produce and perform in them. We are your employees and your bosses and your co-workers. We are your brothers and sisters, your parents and children, your friends and lovers. We are as much a part of the city as anyone else, and when we saw Laverne Cox on the cover of TIME magazine, our broad shoulders carried a little more pride through the city.

We hope the Sun-Times finds more value in our lived experience and contributions than this dismissal from someone who doesn’t walk these streets with us.

Update: After taking down the piece, Sun-Times Editorial Page Editor Tom McNamee issued an apology to GLAAD. McNamee said in a statement:

“The column failed to acknowledge that the American Medical Association and the American Psychological Association have deemed transgender-related care medically necessary for transgender people. It failed as well to acknowledge the real and undeniable pain and discrimination felt by transgender people, who suffer from notably higher rates of depression and suicide. We have taken the post down and we apologize for the oversight.”