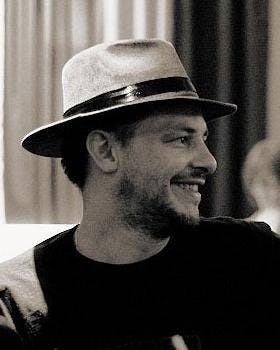 A Moscow chef allegedly led his 1,300 Facebook friends on a phony search for his wife, while he attempted to cover his own tracks.

After allegedly strangling and mutilating his wife earlier this week, a Moscow chef enlisted his 1,300 Facebook friends in a phony and macabre search for a woman they thought was still alive.

“The police are saying that she will come back and everything will be alright,” Alexey Kabanov wrote on his wall Jan. 6. “If one of our common acquaintances knows what’s happened to her, then just say she’s alive.”

On Jan. 12, Police intercepted Kabanov as he attempted to dispose of the remains. He’d tossed his wife’s arms, legs, and head into the trunk of a car, which he’d borrowed from one of his Facebook contacts after asking for help so he could supposedly take his kids to school.

Later, in police custody, Kabanov confessed to the grisly murder.

Irina Cherska, his wife, was 39, and the mother of their young children.

Here’s the post that started the phony manhunt, translated by Tselikov:

Friends! My wife Ira has disappeared. Walked out of the house on the morning of the 3rd and hasn’t come back. The police are looking for her. But there are no results yet. The police is is saying that she will come back and everything will be alright. But as more time passes I believe less and less in this “alright.” […] If one of our common acquaintances knows what’s happened to her, then just say she’s alive.

His friends responded with earnest offers of help. Some volunteered to drive around to Cherska’s favorite haunts, and suggested she had simply gone home to visit her family. Cherska was a Ukrainian citizen, and Kabanov claimed she’d left with her passport, something that would have been quite unusual.

Kabanov also had ties to a circle of Moscow journalists on Facebook, including a correspondent for the radio station Echo of Moscow. Those contacts offered to throw their weight around in the news media and help publicize his story. All the while, Kabanov only referred to his wife in the past tense, and some of Facebook friends claimed he was deleting comments that called doubt on his version of events.

Kabanov’s brazen Facebook trail helped clue authorities in to his guilt. One of Cherska’s colleagues, Gennady Chichkanov, claimed police had asked him to post comments on Kabanov’s Facebook page.

“Some of my comments here were also at the request of the investigators,” he wrote. “We were hounding him and psychologically perturbing him.”

Kabanov’s last update was on Jan. 10, a day before his arrest.

“Friends, thank you all for your support and help,” he wrote.