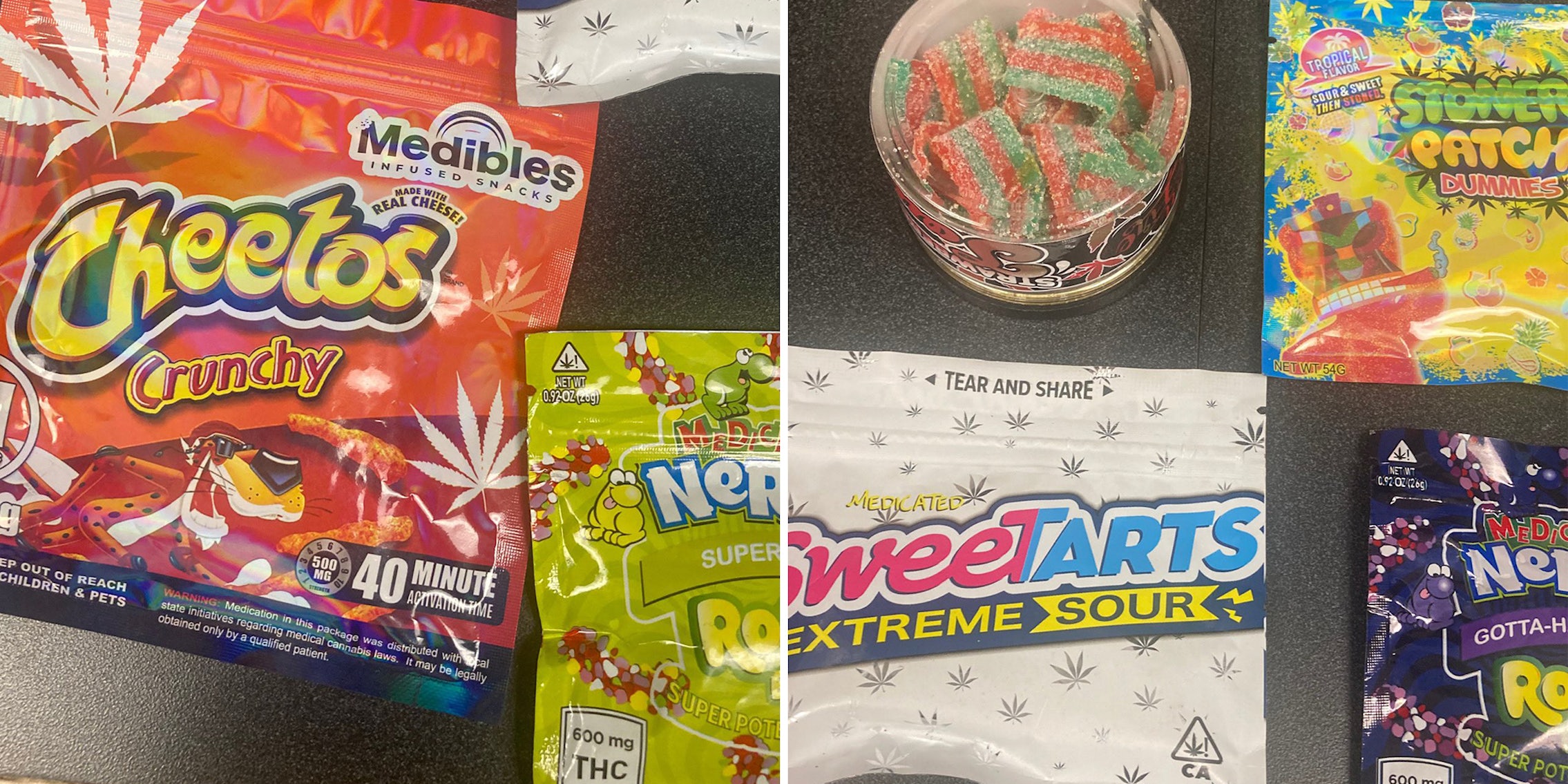 It's an old myth with new memes.

Every year around Halloween, there’s at least one report that continues to perpetuate the myth that all of our children’s Halloween candy is poisoned or laced with something, no matter how many experts debunk it. But as we get closer to Halloween, the internet is imagining just what else might be lurking inside a chocolate bar’s chocolate shell.

This year’s iteration of the “there’s something in people’s Halloween candy” myth kicked off a bit early after Jaclyn Lee, a reporter for WPVI (Philadelphia’s ABC station), posted photos of bags of edibles to her Twitter account. Citing police in Bensalem, Pennsylvania, Lee was sharing a warning to parents about the possibility that their children may be given Halloween candy laced with THC (a component found in cannabis).

“BEWARE: As Halloween gets closer, @BensalemPolice are warning parents to LOOK at your child’s candy before they eat it,” Lee tweeted. “They confiscated these snacks that look a lot like the real thing. All are laced with THC.”

Lee’s tweet went viral—but not because people were sharing the concerns of the Bensalem Police Department. Some commenters pointed out how the edibles were clearly labeled as such (and couldn’t be mistaken for actual Halloween candy), that nobody would actually give away a costly amount of edibles to unsuspecting children, and that the source of the inaccurate claim (because the photo showed edibles, not regular candy laced with THC) was, in and of itself, untrustworthy.

Starting in late September and making its way into October, the tweet turned into a launchpad for us to imagine what else could be stuffed inside. There were no hard rules as to what could be laced with the candy, but the more absurd it would be to fit it into a candy wrapper, the better.

One person made it so that Lil Nas X’s album Montero popped out from under the wrapper.

Books dedicated to communism? Sure, why not.

But over the past few days, what you could find in your candy turned into a Photoshop contest courtesy of some stock images of snapped candy bars. If you could fit it within the part of the bar that tended to showcase the bar or the layers of whatever is in the bar, it counted.

We just had to make sure to check our kids’ Halloween candy. For instance, if we didn’t, we might not know that the incident that led to the start of World War I might be tucked inside.

It turns out that a Hershey bar is roughly the same size as a Nintendo Switch cartridge case.

The hidden layer could reference a video game.

Or a scene from one of the Real Housewives shows.

And naturally, the meme got meta as one bar contained more bars filled with bars.

Halloween is just over a week away, so now that we’re in the know, we have more than enough time to prepare for the possibility of a surprise in our candy bars. There just might be a meme inside.