This is how you turn the internet on its head.

The 13-year-old behind what is arguably the internet’s most prevalent meme of 2017 is cashing in on “Cash Me Ousside, How Bow Dah.”

Danielle Peskowitz Bregoli “aka BhadBhabie aka SlimThugga” has teamed up with L.A.-based design and production brand PizzaSlime to create her own line of “Cash Me Ousside, How Bow Dah?” merchandise.

The line features T-shirts, hoodies, and a few unconventional pieces of viral memorabilia—a puzzle, a throw blanket, and a ceramic plate, like the ones your grandparents hang in their TV room.

A combination of parody and obviously intentionally tacky merchandizing decisions, Bregoli’s store has something for everyone. From “Keep Calm and Carry On” replicas to street art-styled graffiti T-shirts… 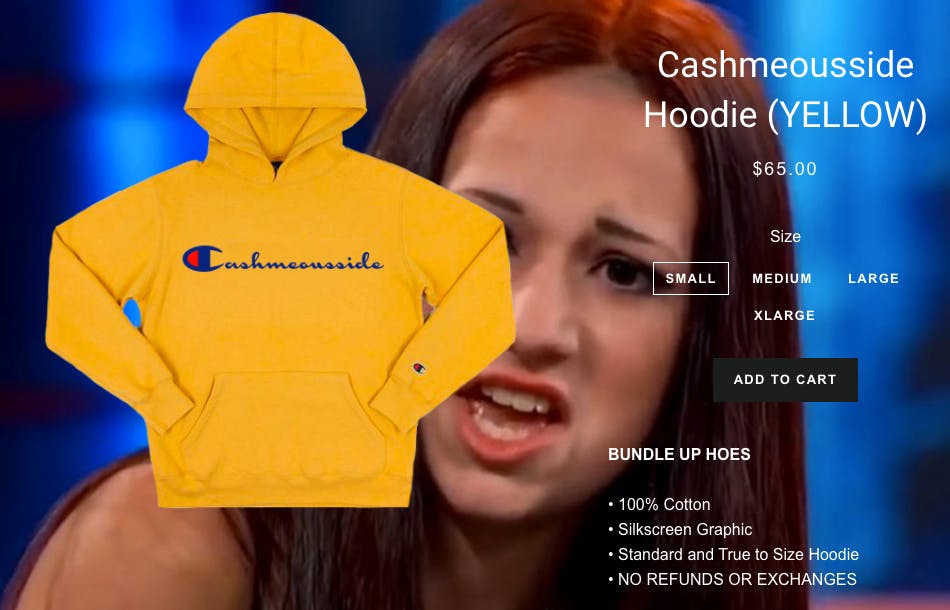 Yes. For literally everyone. 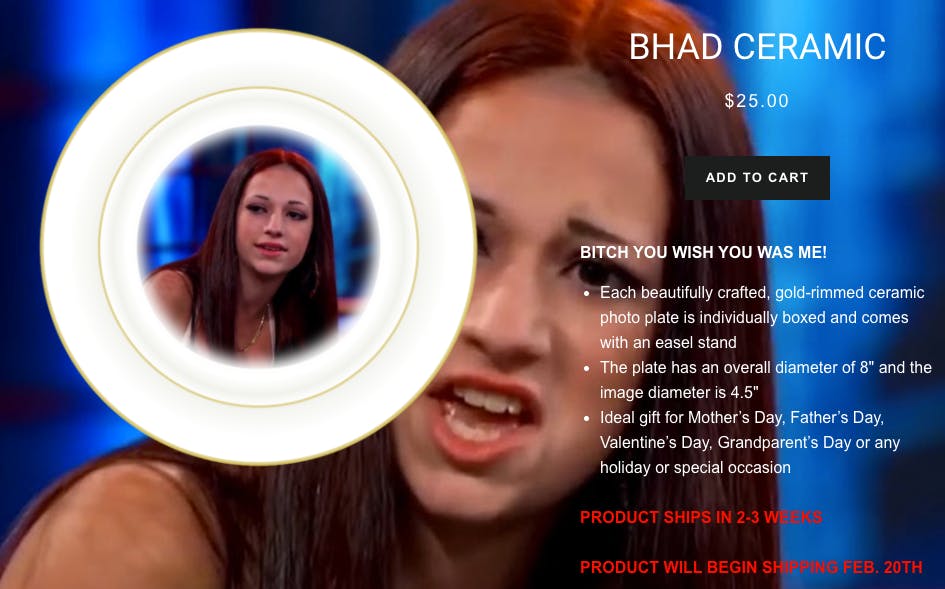 The internet’s preoccupation with Bregoli has really just begun. After the 13-year-old’s Dr. Phil episode from last year went viral for her threats of “cash me ousside, how bow dah,” the show announced that Bregoli will be returning to the show.

Bregoli has already surpassed the half-life at which many other one-viral-moment-wonders seem to burn out—Damn Daniel and Chewbacca Mom, for instance.

But she’s capitalized on the internet’s exploitation of her. She’s got a verified Instagram account, a Facebook fan page, and a new Twitter account, and her video messages to followers show previous fights she’s been dragged in and people she has beefed with. Her latest “career” moves show she’s not forfeiting the spotlight anytime soon, no matter how exhausted and unfunny many of her critics find the threatening catchphrase to be.

Bregoli’s next Dr. Phil episode airs Feb. 10. Though she might leave the studio audience and internet snickering once more with another ridiculous catchphrase, rest assured her bank account is already cackling the loudest.