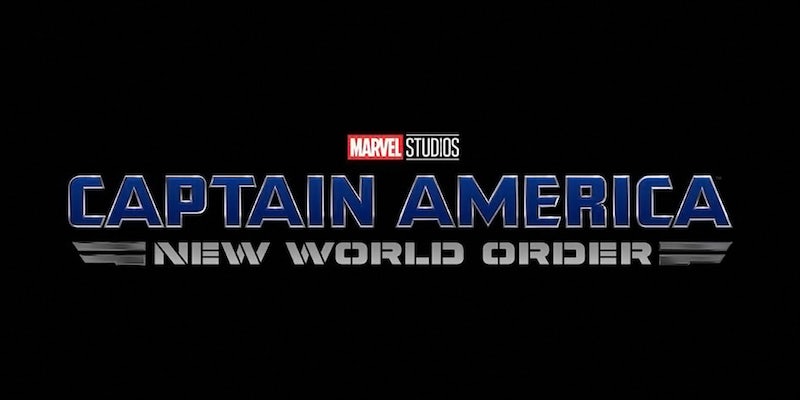 The Captain America franchise is one of the more overtly political corners of the MCU, but its politics have never been especially coherent. This issue is already rearing its head with the upcoming fourth movie, which shares a title with a famous antisemitic conspiracy theory: New World Order.

Following Disney’s D23 expo this weekend, many fans were shocked to hear the film’s title, coupled with some problematic casting choices involving Jewish actors. In Marvel canon, the New World Order is an evil organization helmed by the Nazi supervillain the Red Skull. Elsewhere though, the term primarily refers to a conspiracy theory that the world is (or soon will be) controlled by a secret cabal.

There are numerous variations on the NWO theory, but the most prominent have strong ties with antisemitism and the far-right. If you look up the phrase “New World Order” on social media, you’re more likely to find people posting about Jeffrey Epstein and Joe Biden than celebrating a new Marvel movie. And as more MCU fans became aware of Captain America: New World Order this weekend, many began to draw connections between the title and the film’s Jewish cast members.

Starring Anthony Mackie in the lead role as Captain America, this film will continue on from The Falcon and the Winter Soldier. Its cast includes several recurring MCU characters including The Incredible Hulk villain Samuel Sterns (Tim Blake Nelson). Israeli actress Shira Haas will make her MCU debut as the superhero Sabra.

We don’t know anything about the plot yet, although it’s assumed to be a loose adaptation of the Marvel Comics New World Order concept, this time with Samuel Sterns in the lead villain role.

Some fans immediately raised concerns about casting a Jewish actor, Tim Blake Nelson, as the apparent leader of the New World Order. Meanwhile, the inclusion of Sabra inspired criticism due to the character’s name and origin story.

“Sabra” is a colloquial term for an Israeli Jewish person, and also means “prickly pear” in Hebrew—an unremarkable choice when this character debuted in 1980. However, this name now has troubling connotations due to the Sabra and Shatila massacre, which took place in a Lebanese refugee camp in 1982. This event saw hundreds (or possibly thousands) of Palestinian civilians die at the hands of Lebanese militants while Israeli soldiers surrounded the camp. Israeli defense minister Ariel Sharon was deemed to have “personal responsibility” for the massacre, leading him to resign in 1983, and earning him the nickname “Butcher of Beirut.” Two decades later he became president of Israel.

Given that Marvel’s Sabra is a former Mossad agent with Israeli military training, this adds another layer of fraught political subtext to the film’s casting choices. The character is already being accused of functioning as Israeli military propaganda, with detractors highlighting the brutality of the Sabra and Shatila Massacre.

It doesn’t help that the MCU already has a dubious reputation when it comes to Jewish representation. Moon Knight (2022) was the first spinoff to feature a Jewish hero, and before then, the franchise faced criticism for erasing or downplaying the Jewish origins of other characters. The most notable example is Scarlet Witch, whose Jewish/Roma heritage was whitewashed in favor of a white European (and implicitly Christian) background. Due to her big-screen role, Sabra will now become the MCU’s most prominent Jewish superhero.

Between the problematic title and Sabra’s origins, Captain America: New World Order is likely to inspire non-stop backlash from now until the film’s release in 2024.

Update Sept. 12, 12:55pm CT: The headline has been corrected to reflect the title of the film: Captain America: New World Order.