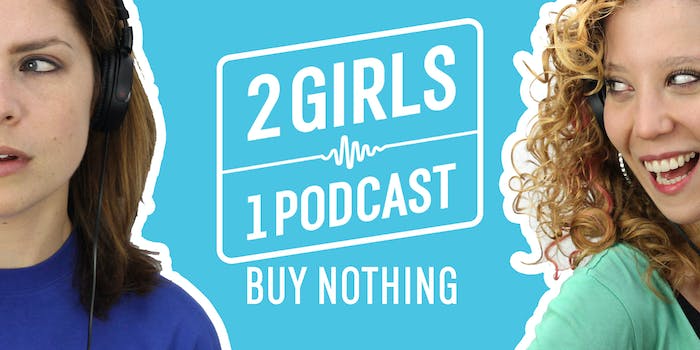 Save money, waste less, and help thy neighbor in your local ‘Buy Nothing’ group

Why buy from Amazon when your neighbors are giving it away?

Want to save money, help your neighbors, and create less waste all at the same time? The internet can help. Specifically, the “Buy Nothing” communities that have sprouted up in thousands of cities and towns around the world. Usually, they operate within Facebook groups, where people post things they want to get rid of, and neighbors can claim them.

This week on 2 GIRLS 1 PODCAST, Alli and Jen speak with Marina Milosevic, the admin of the Santa Monica, California Buy Nothing group, about the origins of the movement, managing a community that occasionally gets too large, the weirdest stuff people give away, and why it’s easier than you think to stop buying things from Amazon.