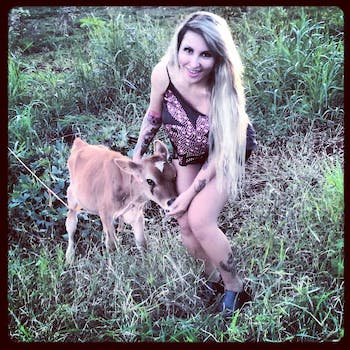 You're supposed to milk cows, not the other way around.

A model and DJ called Sabrina Boing Boing caused an uproar in her home country of Brazil when NSFW Instagram photos showed her trying to breastfeed a calf. No wonder: You’re supposed to milk cows, not the other way around.

As best we can tell (and forgive us, our Portuguese is rusty), the calf would not latch on to actually breastfeed. Thank goodness for that. Unsurprisingly, some of Boing Boing’s tens of thousands of Twitter and Instagram followers deemed the calf “lucky” and made other icky comments like “very tasty.” Among the less positive comments was one Instagramer called Boing Boing “fucking disgusting.”

Boing Boing was also overly friendly with an ostrich last week, exposing her breasts as she fed the bird.

Something tells us Temple Grandin would not be pleased.

(Warning: not safe for work, or life, or possibly cows.)

Some of the photos are quite lovely. Here, Boing Boing frolics innocently with the calf. 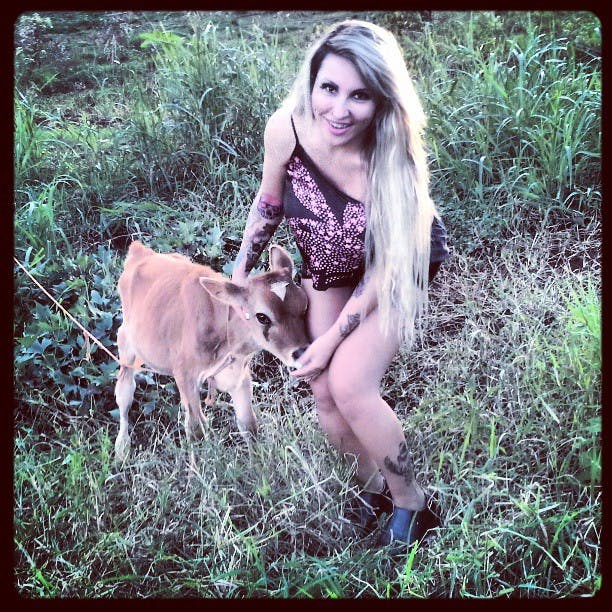 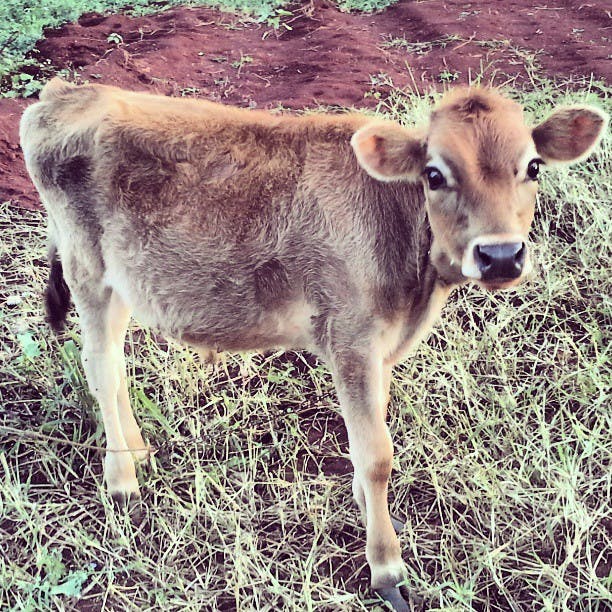 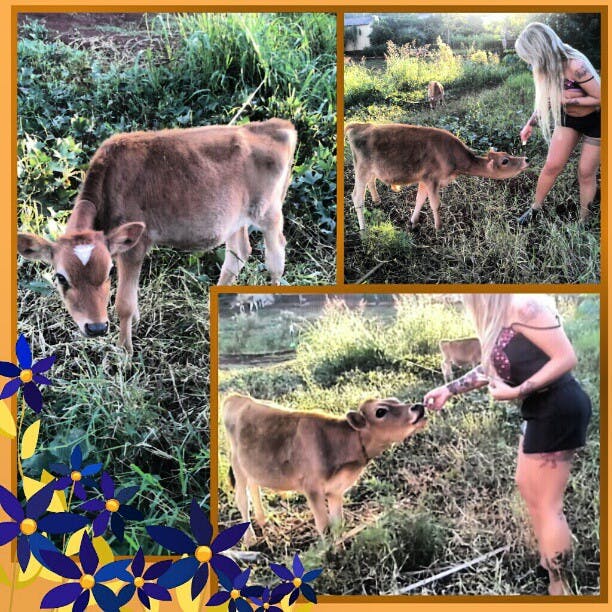 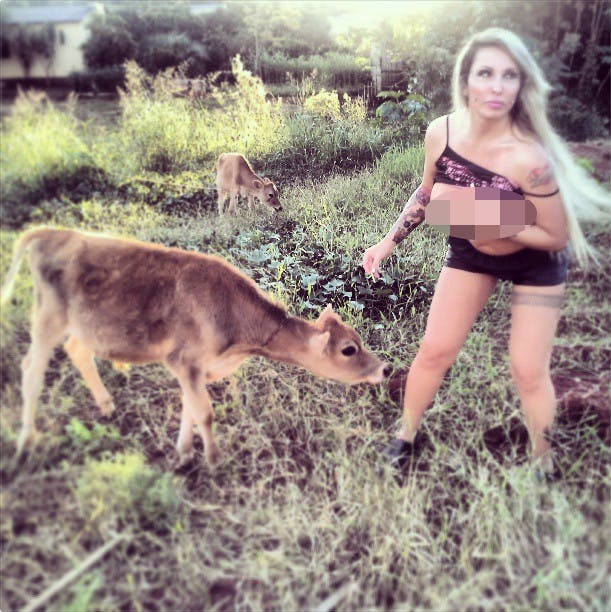 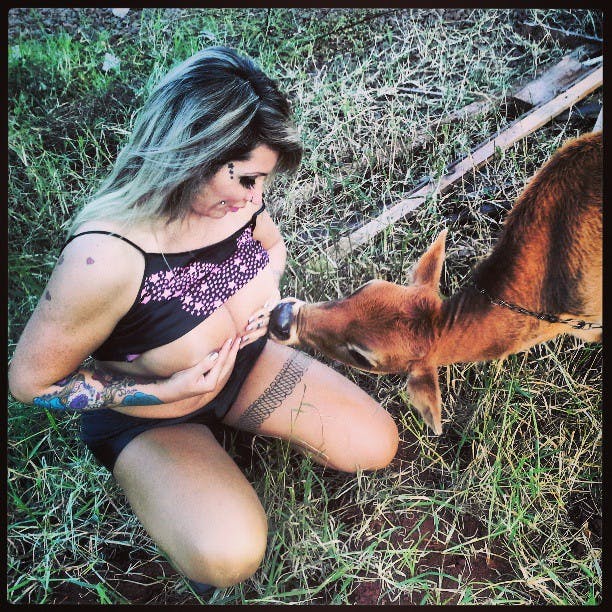 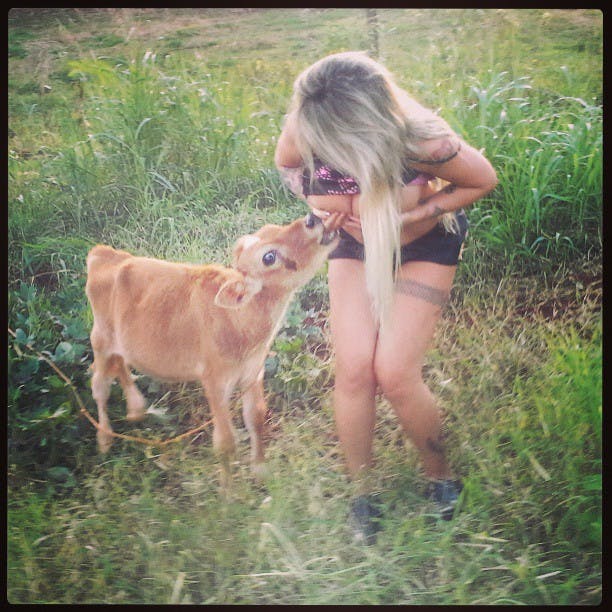 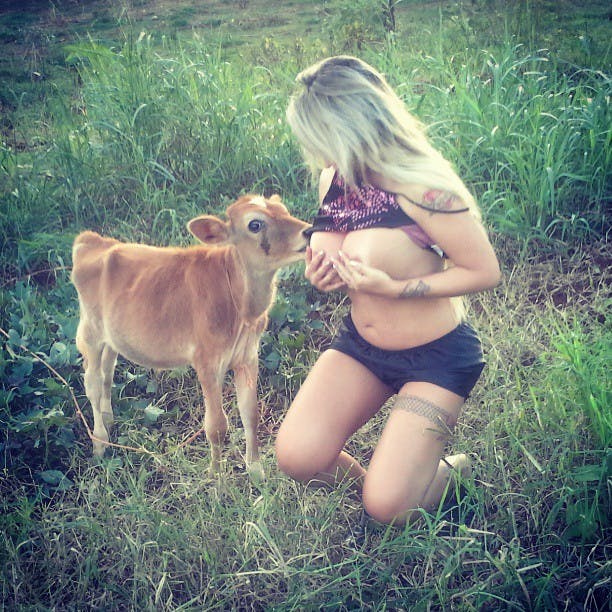