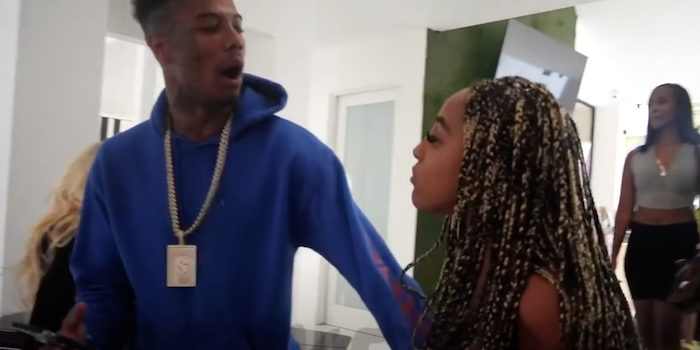 It's part of his new reality show, 'Blue Girls Club.'

Rapper Blueface has turned his home into the battleground for his fight club reality show, Blue Girls Club, airing exclusively on his OnlyFans account.