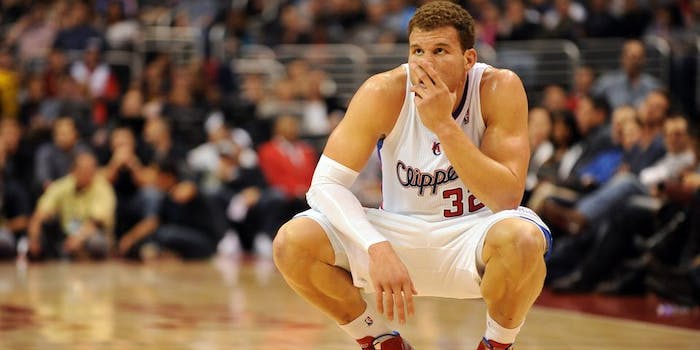 Blake Griffin gets caught making a dirty joke on camera

NBA star can't resist the chance to go there.

The Los Angeles Clippers blew out the Brooklyn Nets by 39 Thursday, 123-84. Star power forward Blake Griffin scored 22 points in the first half, and it was a perfect occasion for fans to bail early and beat the traffic.

With the NBA win under his belt, Griffin took to the bench. At which point he decided to get fresh with a team trainer because it’s very difficult for people to pass on an opportunity for a dick joke.

It’s astonishing that national audiences aren’t subjected to this boyhood-level brand of locker humor more often. Think about the crude and disgusting things that are said when clubs and teams gather, and couple that with the fact that NBA teams have to pretend to be engaged for 82 damn regular season games.