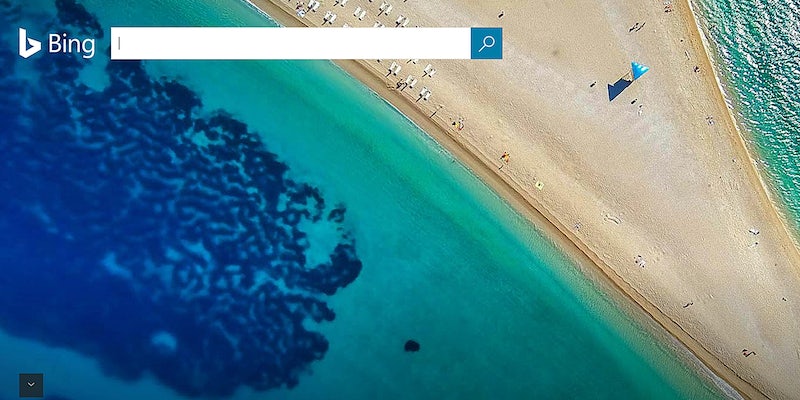 Today, it won that battle. Because while the internet loves Google daily Doodles, it has nothing on Bing’s giant sand penis.

That’s right: While Google is notorious for its clean interface, Bing now has its own iconic image. Can you see it?

As of publishing, it’s still up, too. Check it out at Bing dot com.

Update 11:40am CT, Aug. 17: The penis has been digitally removed from the photograph.