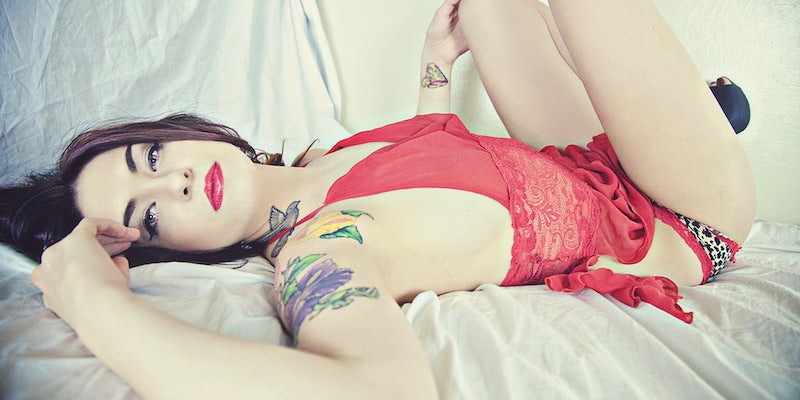 The third most popular search engine in the world is first at something. 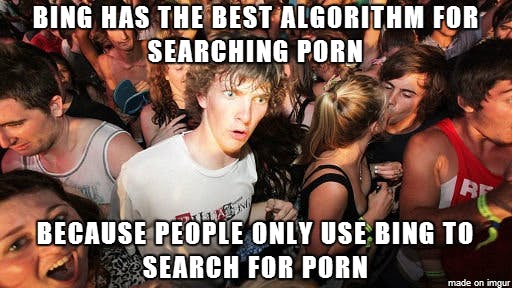 So why is Bing so clearly superior to Google when it comes to searching for smut? A Redditor in r/OutOfTheLoop was wondering the same thing, and Reddit was quick to come up with a few answers:

“Also since no one uses Bing, they will never see your previous/recommended searches.”

“I just assumed that if someone else checks my search history, they sure as hell aren’t going to check my Bing search history. They’ll check my Google one.” 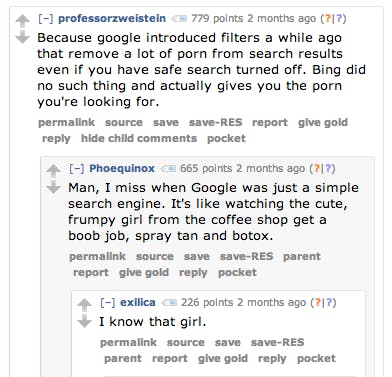 Basically, the consensus seems to be that unlike Google, which requires you to type insanely specific keywords to get the kind of results you’re looking for, Bing’s video search immediately calls up a well-organized series of short links and related search terms along with your search results.

The side-by-side comparison is actually pretty striking. For instance, this is what I came up with when I typed “blow job” into Google Image search, with my safe search settings turned off: 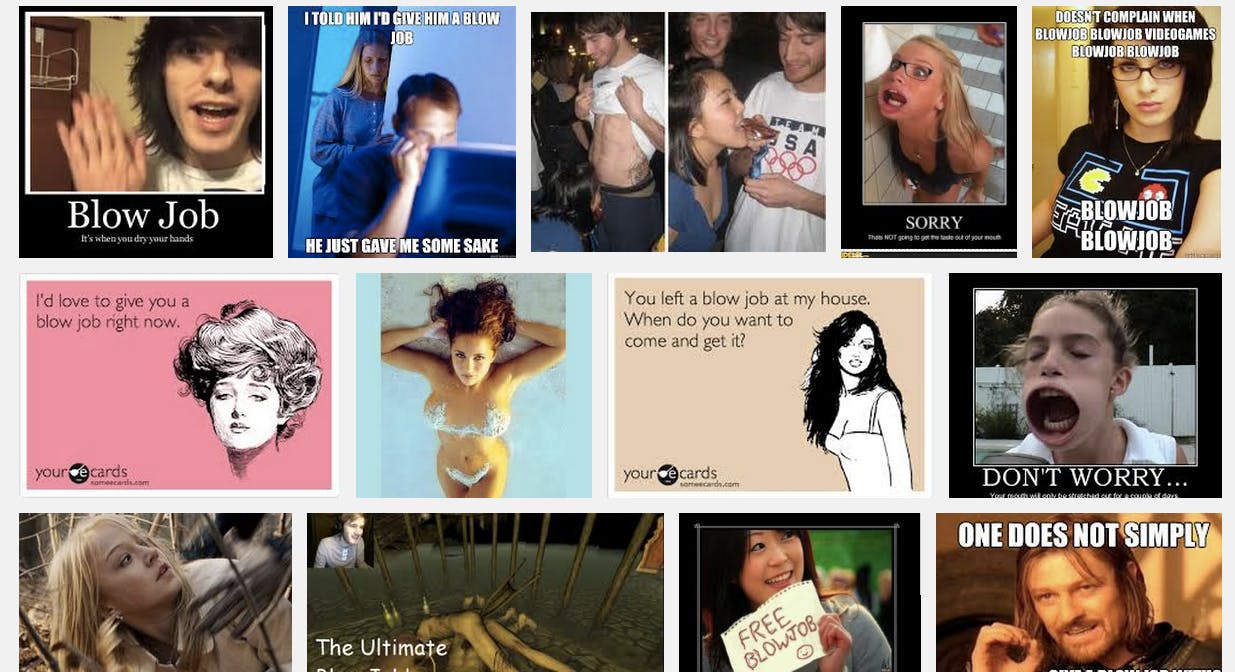 Conversely, this is what came up when I typed “blow job” into Bing’s search engine: 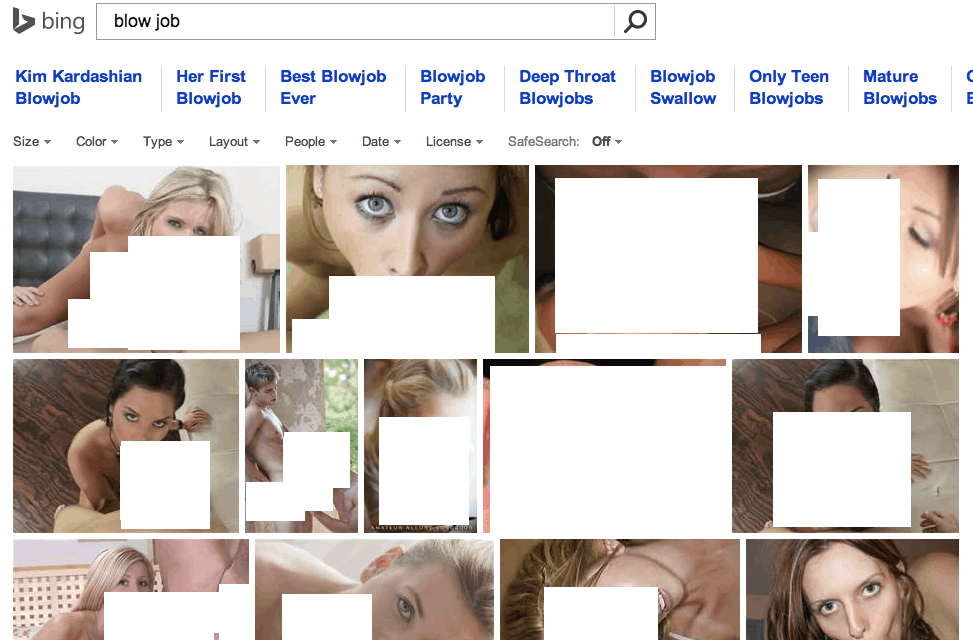 Ahhhh. OK. There. That’s much better.

We’ve reached out to Bing to see whether they’ve deliberately designed their search engine to make it easier to search for online smut, and if they’d like to comment on how revered they are among porn-loving Redditors. Given Microsoft’s demonstrated aversion to adult content, it’s unlikely we’ll get a response. But hopefully, they’re pleased to know that even though Bing ranks third worldwide, they’ll always be first in fappers’ hearts.

Update: A spokesperson for Microsoft has responded to the Daily Dot with the following statement: “Bing is focused on presenting the best possible multimedia experience period. Thanks to our SafeSearch technology, which by default is set to filter out adult content, we work to make sure people not only find what they want, but don’t get what they don’t.”