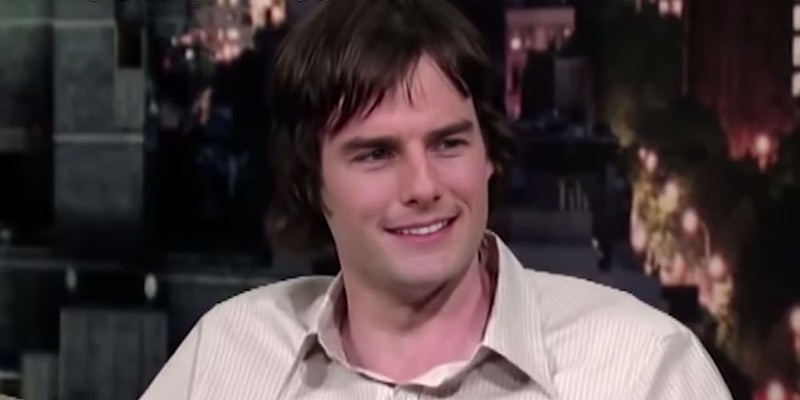 The Hollywood actor transforms into Seth Rogan as well.

The video, developed by deepfake creator Ctrl Shift Face, is closing in on nearly 3 million views on YouTube alone.

The clip centers around Hader’s 2008 interview on the Late Show With David Letterman, in which the comedian describes meeting Cruise prior to the filming of action comedy film Tropic Thunder.

Hader, who is also known for his incredible celebrity impressions, recalls the meeting while mimicking the Top Gun star. Yet as Hader begins his impression, his face suddenly morphs into Cruise’s thanks to software that utilizes artificial intelligence.

But that’s not the only transformation. Hader also momentarily becomes fellow actor and friend Seth Rogan, an acquaintance of Cruise’s as well.

Aside from YouTube, the video has gone viral on a range of social media platforms including Twitter.

I watched this video last night and it's still freaking me out. A deep fake where Bill Hader *turns into* Tom Cruise and Seth Rogan *while impersonating them*. (via @MohamedGhilan / Ctrl Shift Face on YouTube) pic.twitter.com/59evJ5Etfi

The video is not the first deepfake to take advantage of Hader’s skills as an impressionist. Ctrl Shift Face racked up more than 3.6 million views in May after releasing footage of Hader becoming Hollywood icon Al Pacino during a 2005 appearance on Conan O’Brien’s late night show.

Ctrl Shift Face explained to the Daily Dot at the time how the video, his first ever to be released on YouTube, came about.

“I’m a fan of Bill Hader. I was annoyed that most [safe for work] deepfakes out there were either superhero movies, which I hate, or always Trump, Nicolas Cage or other random celebrities,” Ctrl Shift Face said. “So I came up with an idea of impression deepfakes.”

Since then, Ctrl Shift face has been responsible for some of the most viral deepfakes online.