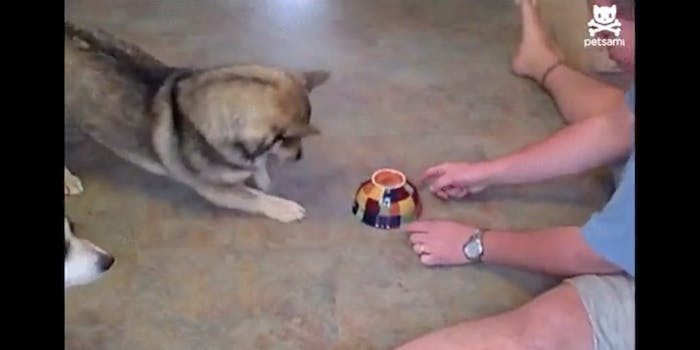 Spice up your Reddit feed with these über-obscure subreddits.

Like most internet communities, it’s equal parts horrible and wholesome. On one hand, you can entertain yourself with animal videos and stories of wild feuds. On the other, it’s a cesspool for racism and toxic politics.

Ultimately, however, Reddit is exactly what you make it to be—specifically, by joining subreddits, which are niche sub-communities dedicated to both broad topics (like politics) or hyper-specific ones like one fictional character’s fate in a beloved franchise. Most redditors are part of the same mega-popular subreddits like r/relationships and r/aww, but what about the less massive communities?

While there are countless smaller subreddits that are certainly worth your time, we’ve listed out a few of the less famous ones that are great to start off with. Here, in no particular order, are 5 of the best “underground” subreddits.

We’ve decided to start off this list with possibly one of the most wholesome subreddits of all time: r/dadswhodidnotwantpets. This community is “for photos and gifs of fathers cuddling with pets they originally said they didn’t want.”

Each post in this subreddit has a similar backstory—a gruff dad grouched about having a furball in the house. Said dad grudgingly warmed to the furball over time. Now, dad and furball are best friends. It’s a tale as old as time.

“She breasted boobily down the stairs…..” reads the mocking subhead of r/menwritingwomen. It’s a meme borne out of despair, as each day reddit users upload examples of male authors butchering the physical or emotional characterization of women characters.

Some amusing (read: not-so-amusing) highlights include: “He watches the way her breasts move so gracefully inside the cotton of her housedress,” from a scene where a mother is being strangled; “An enormous wreck of a woman, aged about sixty, with great tumbling breasts…” from George Orwell’s 1984; and “At fifteen, Lucia had the body of a woman, with round, firm breasts…” from Sidney Sheldon’s Sands of Time.

Gamer Ghazi is one of the few spaces on Reddit curated specifically for left-leaning geeks. Existing at the intersection of inclusivity and geek culture, r/gamerghazi is the perfect place to keep track of what’s happening in the social justice spheres of Hollywood, the games industry, and more.

R/gamerghazi isn’t just a place to drop links, though. It’s also a discussion-based community, so if there’s ever a hot-button topics you want to chat about with like-minded folks, this is the subreddit for you.

R/specialized tools really epitomizes what Reddit is all about. Hyper-specific and interesting pictures, videos, and GIFs? Check. Fun and educational? Check. Finding out about things you had no idea existed? Check, check, check.

Some of r/specialized tools’ most iconic discoveries include the cigarette butt collector, chainsaw protective pants, a chair for people who prefer to sit cross-legged, and a tree mover.

What better way to wrap things up than with an unadulteratedly heart-warming subreddit like r/Animalsthatlovemagic? Far more specific than most of Reddit’s other animal-based communities, this sub is dedicated solely to the wonder and excitement that animals uniquely display toward magic tricks.

While several posts feature perky-eared pups being bamboozled by simple magic tricks, r/Animalsthatlovemagic features critters from every corner of the animal kingdom. Ducklings, horses, and even lions all are delightfully dazzled by human tricks.