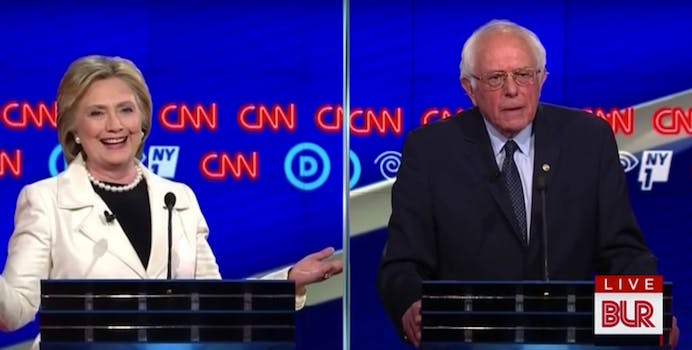 They're at it again!

We already knew that Bad Lip Reading could turn something like a GOP debate into even more of a spectacle than it already was, and now we get to see Hillary Clinton and Bernie Sanders receive the BLR treatment.

They may have taken their gloves off in the latest Democratic debate, but we didn’t even know the half of what they were saying. The claws come out as Clinton and Sanders attack each other with hair and balding comments, and Sanders certainly deserves a medal for his winning streak in a game of “Time to Act!”

If he doesn’t get the nomination, something tells us Sanders will fit right i with an improv group.