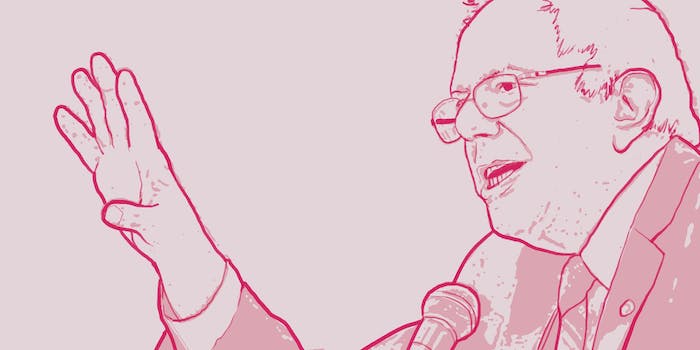 Check out that artwork from Bernie.

In this silly dub of the first Democratic presidential debate from Bad Lip Reading, talk of the economy and other national affairs is replaced with a hilarious gaggle of talking points. Everything from Bernie Sanders having to list off a bunch of nouns to Martin O’Malley trying to explain where babies come from, and, of course, a riveting round of “Drawing Corner.”

And even these goofs can’t tell us who Jim Webb is.