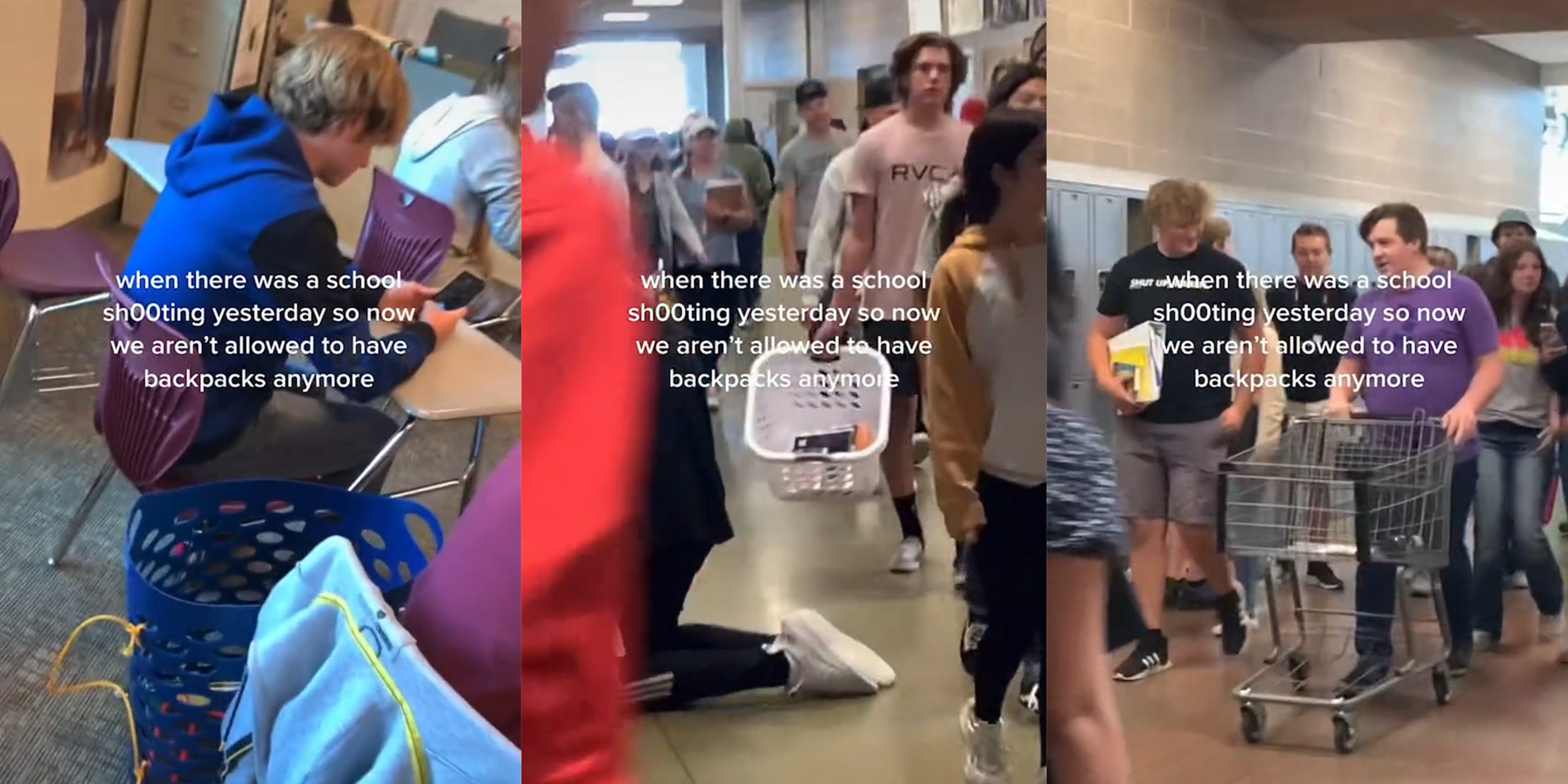 'Cause backpacks are clearly the problem here.'

After a gun was reportedly found in a 13-year-old’s backpack at Rigby Middle School in Idaho, the school district enacted a backpack ban in all secondary schools in the district.

This is the second gun-related incident Rigby Middle School specifically has had within the last six months. In May, a teacher at the school, Krista Gneiting, disarmed a student who shot three people (all three survived), and hugged her until authorities arrived, according to the Guardian. The story went particularly viral due to Gneiting’s actions.

East Idaho News reports that while concerned parents asked for steps like metal detectors and anti-bullying programs to be implemented, with many parents saying that bullying is the underlying issue in the school district, Jefferson School District’s ban on backpack’s is the only step taken so far. Parents are reportedly unhappy about this. Megan Humble, who is advocating for the installation of metal detectors, criticized the backpack ban on Facebook.

The school district reportedly maintains that the backpack ban is “not a perfect solution but is at least a proactive step to put a change in place.”

While some found the videos to be humorous, others pointed out that these are scenes unique to America. “America will do anything but ban guns,” one viewer said on a video that’s been viewed 2.4 million times since being posted last week.

“I love living in America. The drama. The thrill,” another sarcastically said.

“Cause backpacks are clearly the problem here,” a third wrote.

A meeting at the Rigby Police Department is reportedly scheduled for Oct. 4. Parents are reportedly being urged to bring proposals for changes they’d like to see implemented to improve the safety of students in the community.

Update 7:52am CT Oct. 12: When reached for comment, Humble told the Daily Dot that many members of the community believe the school’s decision to ban backpacks is a “knee-jerk reaction.”

“Because no preventative measures were taken after the May 6 shooting, regarding school safety over the summer, it led to them having to react and take some course of action. Removing backpacks was their immediate- short term solution,” she said. “It is a bandaid fix and not even a good one at that. Not having backpacks does not prevent weapons from entering in the school, but if it keeps students and staff feeling a little safer, then at least it provides that. We need preventative measures to be taken so we aren’t in another position finding ourselves reacting.”

The Daily Dot has reached out to several members of the community.