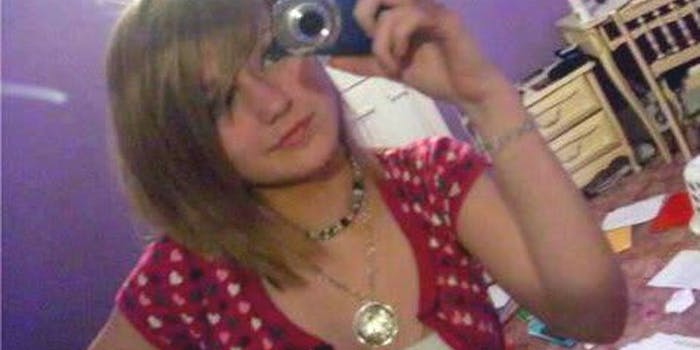 Anonymous came to the rescue of a 15-year-old girl who was being pushed to the brink on Twitter.

When 15-year-old Kylie Kylem tweeted her suicidal thoughts, she probably didn’t expect her school bullies to tweet gleeful encouragement. And she really didn’t expect Anonymous and Rustle League to come to her rescue, nor to wake up to hundreds of new followers and scores of supportive, loving messages. Amanda Todd’s legacy is an increased awareness of cyberbullying, and a swift response from Internet warriors around the world.

Update: While numerous accounts with various names across several social media platforms have used the same images as those that occur in Kylie’s Twitter account, we have extensively reviewed them and have identified several accounts that are definitely linked, belonging to an American teen girl who routinely uses the name Kylie and expresses herself in the same way. She variously gives her age as 15 in 2012 and 17. That person and her accounts on multiple platforms appear to be the fundamental source of the images which have wound up on multiple Facebook and other accounts, under many different names. Whether for fun, profit, or for something less savory, it is difficult to say. There certainly are accounts that are using those images which are not the girl in the pictures. What’s important is that this exchange happened—with a bullying victim receiving support from Anonymous—and we know Kylie is still grateful for the help she received.

Correction: Twitter users Dantalion and Gonzo, mentioned in the Storify, are affiliated with Rustle League rather than Anonymous. This story has been updated accordingly.