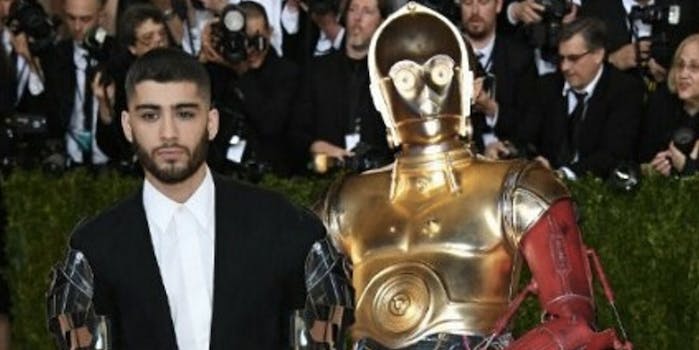 8 crazy moments from the Met Gala you may have missed

Last night, the fashion elite gathered in New York City to celebrate clothes, art, and technology. But the Met Gala is more than a place for celebs to don crazy clothes that their stylists convinced them to wear—it’s also where high society meets to party with each other.

Given that the 1 percent is forced to hang around plebeians from time to time, it’s nice that they have an event where they can chill without having to listen to the problems of broke people like us.

Unfortunately, the Met Gala isn’t filmed, so most people have to get their high-fashion fix from the Internet. Social media couldn’t cover every single thing that occurred during the soirée, so we gathered some moments that you might’ve missed.

7) Anna Wintour showcasing her moves in the Madonna video

Damn, what a bash this was. Really hoping for that invite next year.