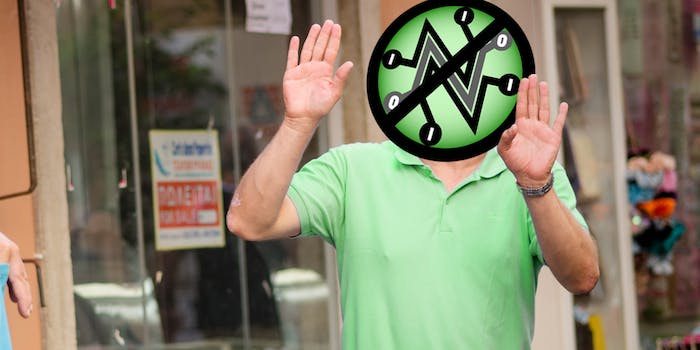 Many of the arguments against net neutrality are totally ridiculous. Here are seven of the worst.

We’re all in love with net neutrality, except for those of us who are not. The problem is that most of the arguments against it are mindblowingly ridiculous: They betray a fundamental lack of understanding about what net neutrality is, how it works, how the Internet works, and how regulatory agencies operate.

1) Senator Ted Cruz: “Net Neutrality is Obamacare for the Internet”

It looks like the Senator doesn’t understand Obamacare or the Internet. In a Facebook post, he suggested that net neutrality was “the biggest regulatory threat to the Internet.” The post compared net neutrality to the Affordable Care Act, arguing that: “It puts the government in charge of determining Internet pricing, terms of service, and what types of products and services can be delivered, leading to fewer choices, fewer opportunities, and higher prices for consumers.”

Someone should probably let Senator Cruz know that the goal of net neutrality is to effectively do the exact opposite: To ensure that the Internet remains freely accessible to all, without differential pricing structures and limited access to sites and hosts that cannot afford to pay for the “fast lanes” proposal. Moreover, the White House specifically opposes government involvement in rate regulation, something that radically distinguishes it from Obamacare. Obamacare was a fundamental overhaul of the American health care system; net neutrality proposals seek to uphold the status quo.

In fact, some people already are telling him, including conservatives in the comments on his Facebook post, and Senator Al Franken, who was unimpressed by his logic. “This is about reclassifying something so it stays the same,” Franken explained. “This would keep things exactly the same that they’ve been.”

This is a serious accusation in a nation where free speech rights are paramount and a fundamental cornerstone of national identity. In an op-ed published at the Washington Post last week, Senator Cruz informed readers that “the threats from Washington to stifle freedom, entrepreneurship and creativity online have never been greater.” Cruz continued, “Washington politicians want the money, and they want more and more control over our speech.”

He echoes other Congressional Republicans in the refrain that new neutrality will ruin the economy and restrict freedom of speech. It’s an odd choice of argument, given the reference to money; numerous Republicans are pocketing large amounts of money from companies like Comcast, which are opposed to net neutrality, and those very same Republicans are pushing against the proposed regulatory change to classify broadband as a utility. If free speech is important, people shouldn’t have to pay to exercise that right, which is precisely what will happen if we do not protect it.

Net neutrality enshrines free speech rights by ensuring that anyone with access to the Internet can start a blog, comment online, use social media, and communicate widely with the public. There’s no greater expression of personal freedoms than that.

3) This Is a Liberal Vs. Conservative Battle

This refrain comes up repeatedly from conservatives: Liberals want to regulate you right out of your free-market enterprise on the Internet, interfering yet again with the rights of law-abiding (and really, there should be fewer laws) Americans, while conservatives oppose net neutrality, preferring to let the Internet sort itself out.

Someone should probably let these conservatives know that support for net neutrality is bipartisan, with conservative voters, regulators, and some members of Congress largely supporting net neutrality. Their support actually comes in no small part from their belief in the free market: The market isn’t free if some companies are given preferential treatment, which is exactly what will happen if some companies can buy their way into faster loading times and other benefits. Actually, free market advocates and critics have discussed, in detail, the case for net neutrality.

But what about all those polls saying that Republican and conservative voters don’t like net neutrality? The answer is simple: Push polling works. When conservatives are asked if they support net neutrality, their responses are far more likely to be confused or unfavorable. If the question is reworded (“should ISPs be able to ‘influence content’ online”), their responses change. Change the poll language, change the results. That’s because some conservatives have made net neutrality a partisan issue, tagging the term with negative associations for conservative voters. They tried the same trick with the Affordable Care Act, and it backfired: Now, Obamacare is more like an affectionate nickname than a slur, with even the President endorsing the name.

4) Net Neutrality Would Promote the Interests of China, Iran, and Other Enemies

Koch-backed lobbying group American Commitment has been whipping up sentiments over net neutrality, claiming that it will create a political situation akin to that in Russia. Meanwhile, as U.S. News and Tech Daily writer Roslyn Layton suggests, “Obama’s announcement could not be a better present to the leaders of China, Iran, and Russia.” Her argument, repeating claims that net neutrality will somehow restrict free speech and increase government regulation, is that any protection of net neutrality will serve as catnip for nations interested in cracking down on their own Internet freedoms.

A statement with suspiciously similar language from Broadband for America argues:

Further, the President’s directive discredits US efforts to prevent countries like Russia and China from destroying the current international multi-stakeholder model of Internet governance and replacing it with government regulatory control.  It is ironic that the President made his announcement while in China, which has long sought greater government control over the Internet and surely will be encouraged by the President’s statement.

Donald Trump wants us to know that net neutrality is anything but neutral. Instead, it’s a sneaky scheme to undermine conservative media. He seems a bit unclear on how, exactly, this will happen, but he took to Twitter (ah, the sweet breath of irony) to inform his followers of the issue. Michael Cantrell at the commentary site Young Conservatives echoes the claim: “The Internet is the only true haven of free speech where conservatives can voice their thoughts and opinions without fear. If Obama has his way, this will no longer be the case.”

Other noted conservatives like Rush Limbaugh have also joined this particular charge against net neutrality. In fact, tellingly, as the Daily Dot’s Kevin Collier revealed last week, numerous anti-net neutrality op-eds have been sponsored by anti-neutrality groups or appeared in papers with financial connections to ISPs resisting the proposed regulation; hardly an unbiased expression of public speech. That’s a sure sign of a nervous industry lining up to shoot down arguments against it, and it’s telling that it’s doing so through conservative media outlets.

Someone probably out to inform these critics that in fact just the opposite is true: Net neutrality will ensure that people continue to have access to any and all media they wish to see. Search results, promotions, and other techniques people use for finding media will not be affected by protecting equal access to the Internet. If anything, net neutrality will ensure that even the smallest of conservative sites, with a limited budget for server space, advertising, and media contacts, can be found right alongside bastions of those infamous liberal elites like the Guardian and Socialist Worker.

6) Net Neutrality Will Kill the Economy

“An open, vibrant ‪#‎Internet‬ is essential to a growing economy,” says House Speaker John Boehner, which I wholeheartedly agree with. The U.S. economy wouldn’t be what it is today, and wouldn’t have tremendous room for growth, were it not for the Internet. But here’s where he loses me: “‪#‎netneutrality‬ is a textbook example of the kind of Washington regulations that destroy innovation and entrepreneurship.”

Someone should probably inform Speaker Boehner that, by contrast, a free, open, and vibrant Internet will stimulate the economy much more than one in a chokehold, held hostage to which companies can pay for premium access and which cannot. One reason the Internet was and has remained such a powerful tool for entrepreneurship is that anyone can access it, and all ideas are free and readily available; maintaining that status quo is critical for protecting the economy. At the Daily Beast, Joshua DuBois notes:

Over the last five years, the Obama administration has done a stellar job of investing in opportunity for our nation’s young people, working at each stage of a child’s development to ensure that kids have the ability to succeed and thrive. But—for at least the sizable segment of the next generation that desires to move into science, technology, engineering and math fields—these new FCC rules [the proposed fastlane approach] could waste a substantial portion of that investment, stifle innovation, and create a two-tiered opportunity structure with big companies on the top and future innovators left behind.

7) Net Neutrality is a “Power Grab” (and “Media Marxist Conspiracy”)

Ever-beloved conservative site Breitbart believes that any net neutrality vote would be a “power grab” for Democrats on the basis of the belief that the FCC lacks the power to regulate. Republican Representative Steve Scalise echoes the sentiment, though he fails to articulate how net neutrality benefits the Obama Administration specifically. In fact, a press release from the White House notes that: “That’s what President Obama believes, and what he means when he says there should be no gatekeepers between you and your favorite online sites and services.” That’s pretty much the opposite of a power grab.

Someone should probably let the fact checkers and team over at Breitbart know that the FCC is a regulatory agency, as in, one empowered to regulate telecommunications in the United States, including but not limited to the Internet. It is empowered to do so by Congress and develops regulation with the assistance of public comment, internal regulatory meetings, and reports from other government agencies. Congress can also pass what are known as “legislative rules” on its own, directing the FCC to perform certain tasks or to reconsider existing regulatory rules; in other words, Congress could ask the FCC to revisit net neutrality, thus creating a strong check against any abuse of powers.

We’re a little unclear on how regulating equal access to the Internet is a sneaky political move, given that proponents of net neutrality are just asking for our currently free and open Internet to remain free and open. That means that Breitbart should load as easily and readily as Greenpeace.

With arguments against net neutrality so easily deconstructed, why are we even arguing over it?