Another banner week for the worst people on the Internet.

An army of 4chan trolls have fooled the mass media in reporting on a bogus petition to have Caitlyn Jenner stripped of her Olympic medal.

The trolls—from 4chan’s politically incorrect community, /pol/, and the site’s most popular and controversial imageboard, /b/—duped CBS Detroit, the Washington Post, Perez Hilton, the Daily Caller, Yahoo, and Us Magazine into reporting on its Change.org prank at the expense of Jenner, who revealed the results of a gender transition on Vogue’s July cover.

Two news organizations rightly skeptical of the petition were the Daily Beast and Independent. 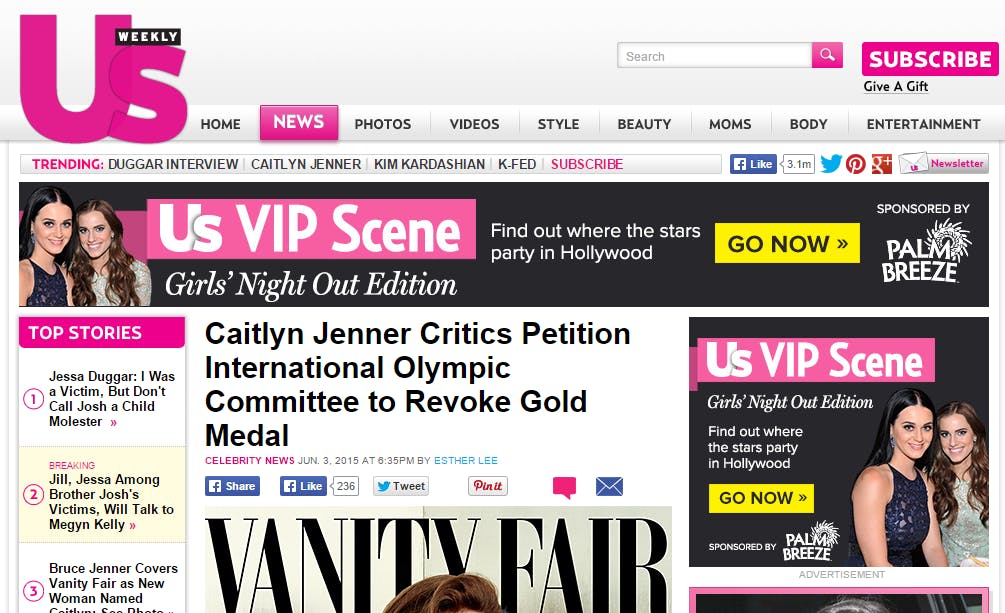 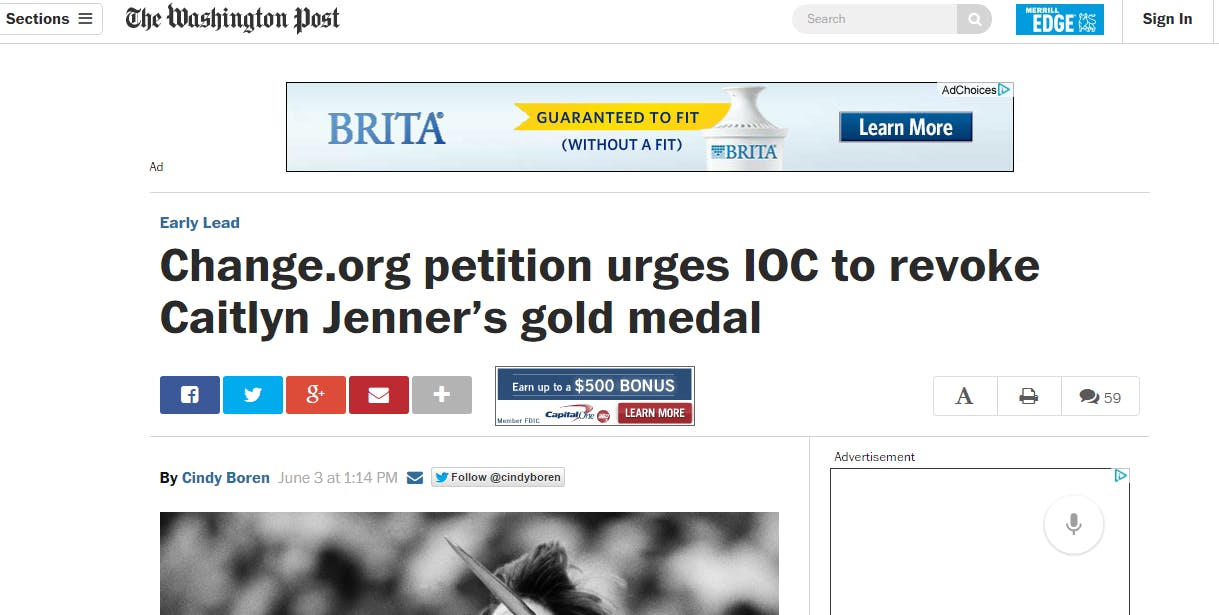 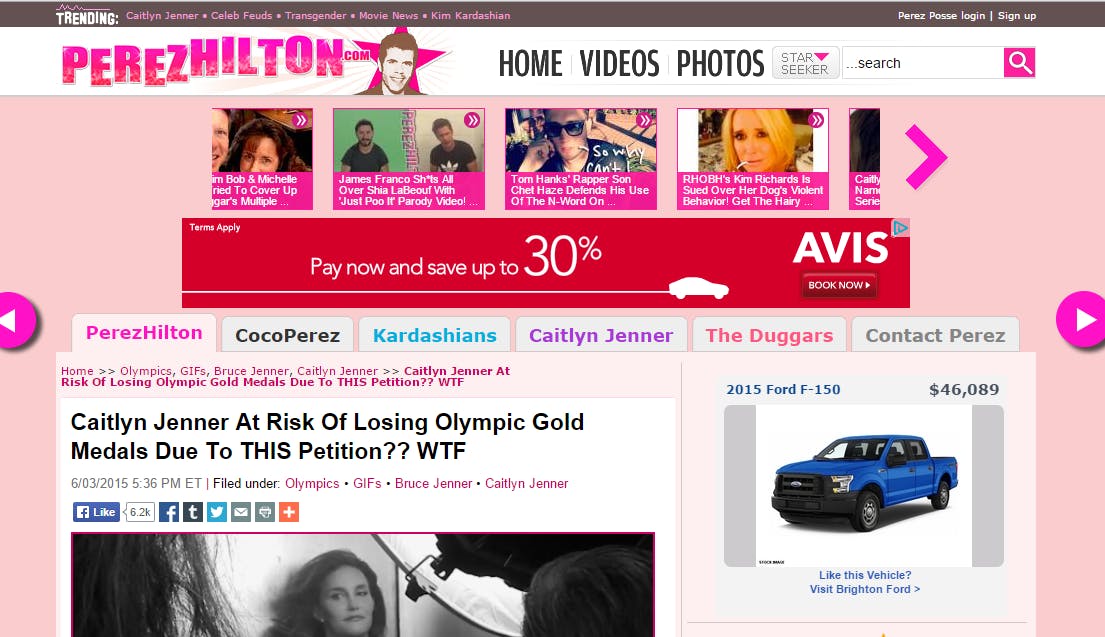 Each one of these news organizations failed to mention 4chan’s involvement in the Change.org petition—a “hoax to fuck with feminists and trannies,” as one organizer had it. The phony campaign calls for the International Olympic Committee to make Jenner return the gold medal earned in the 1976 Summer Olympics because “we must now either claim that Bruce Jenner and Caitlyn Jenner are two entirely different people (which we know is not true) or that Bruce Jenner was, in fact, a woman participating in a men’s event.”

“We urge Ms. Jenner to support the transgender community by giving up the medals earned by competing against the wrong gender,” the petition concludes. As of the morning of June 4, it has more than 9,000 digital signatures of the 10,000 it calls for. (Update: After the petition reached 10,000 signatures, the goal posts were moved once again, to 15,000.) 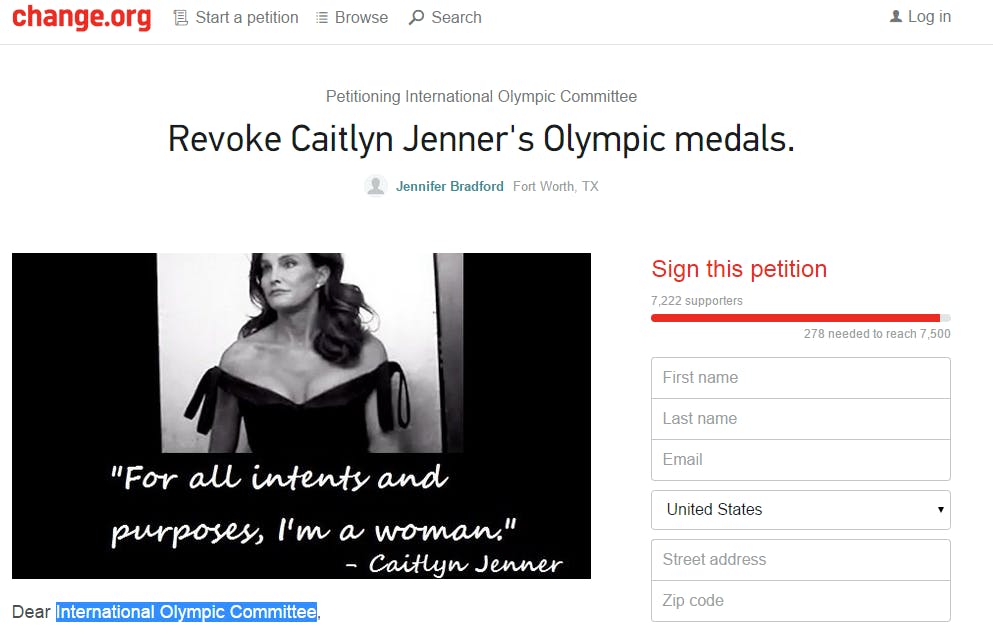 The prank has been in the works since Monday, with numerous threads urging people to sign the petition and share it over social media.

As is often the case with most 4chan pranks, the underlying motivations are as juvenile as “for the lulz.” But in this particular case, Jenner’s transition only fuels /b/ and /pol/’s longtime obsession with ridiculing and sharing photos of transgender people.

Such boorish behavior is commonplace on /b/ and /pol/, whose users have made it their goal to taint the feminist movement and holidays such as Father’s Day with its perversions.

If the overarching goal of these 4chan pranks is to spark social media outrage—as was the case with the “#cutforbieber” saga—then these two 4chan communities take immense pride in fooling the media. This was also the case in January 2014, when /b/ fooled the media into reporting on a disturbing new fashion trend involving a woman’s weight and her bikini bottoms. The prank was called Operation Bikini Bridge.

Anyway, the next time you see the Worst Thing Ever™ on the Internet, take a deep breath and repeat this mantra: “It’s probably just 4chan.”