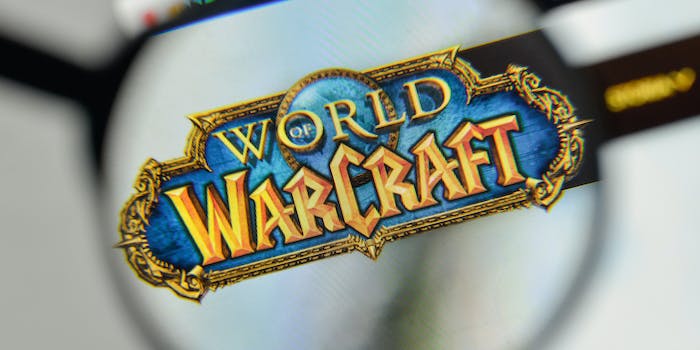 The author noted, 'Players acted in much the same ways as real people are acting now.'

In a fascinating new viral Twitter thread, Jen Keane (who tweets as @zenbuffy) explores a 2005 pandemic inside the World of Warcraft universe and the current COVID-19 pandemic.

She began with a Twitter poll revealing that less than half the people recalled that this even took place, with 56 percent opting for “No what are you on about” in the poll.

The pandemic started with a debuff called Corrupted Blood that should have only impacted a very finite number of players. For those new to the massive massively multiplayer online role-playing game (MMORPG) scene, a debuff is essentially any effect that makes a game character weaker.

She noted, “The debuff was contagious, killed lower level players quickly (few seconds) and should only have been an issue when fighting this new boss, and in the specific area. But there was a bug that meant that pets carried the effects of the debuff outside of this.” (The animals could be summoned by other characters in other parts of the game, hence spreading Corrupted Blood throughout WoW.)

“Once out in the world, the corrupted blood spread quickly,” she continued. “NPCs (non player characters, the preprogrammed actors for players to interact with) in the game could catch it, but not die, so they effectively added as asymptomatic spreaders.”

If this is sounding eerily familiar, know that it gets worse. “Players acted in much the same ways as real people are acting now,” she observed. “Some tried to heal others, some stood guard to warn people that an area was not safe, and some people maliciously tried to spread it further.”

She continues, “WoW instituted a voluntary quarantine but some people didn’t avail of it because they didn’t take the pandemic seriously.”

In the end, it was easier to fix the WoW pandemic than our real life one, using server resets and software patches to re-right WoW for its players. But it provided some fascinating insights into how pandemics spread and how people do or don’t help them along.

“It was a fascinating accidental case study in the sociological side of an epidemic or pandemic, since many acted like they would do in real life,” Keane observed. “Because epidemics and pandemics are a social problem – people’s perception of risk, understanding of science, faith in media and govt., etc. all play into how much they will change their behaviour in response to a pandemic. And then that has a real impact on the spread.”

Keane noted that awareness of the 2005 WoW pandemic isn’t new; the Washington Post did an article on it back in April, when Americans were still getting a handle on what the pandemic meant and how long it might affect day-to-day life.

That article noted, “The spread of Corrupted Blood, and the player’s behavioral changes to it, caught the attention of epidemiologist Dr. Nina Fefferman, who was a World of Warcraft player at the time of the incident. Fefferman reached out to her colleague Dr. Eric Lofgren. In 2007, the two published a paper that detailed their findings, including complex models of human behavior during a pandemic. Fefferman says the incident has helped inform her current research into predictive modeling around COVID-19.”

That paper, which Keane also referenced, appeared in the Sept. 2007 edition of renowned medical journal Lancet. It reported on what Fefferman observed as “the full gamut of behaviors we see in the real world reflected in” the characters the gamers were operating.