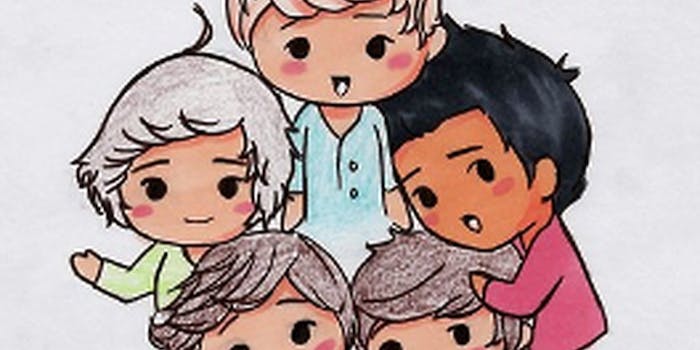 There is now an iPhone app just for One Direction fanfiction

Here are some highlights from every Directioner's dream app.

British pop boyband One Direction has already taken the world by storm, but now it may be taking over your iPhone—or that of a fanfic lover near you.

The worlds of online fiction and boy bands have been colliding recently in new and marvelous ways, due to free publishing sites like Wattpad and Movellas. Both sites have grown online social communities as tie-ins to their free publishing model, which includes fanfiction. Wattpad’s online community has grown up around its popular free mobile reading app, while Movellas, in turn, has developed several specific mobile applications for various subsets of its reading community.

Now, Movellas has scored big with Directioners by creating a separate app just for One Direction fanfic. Fangirls with iPhones can cut straight to the goods to find a seemingly endless parade of Mary Sues—flawless characters who are obvious stand-ins for the author—and works in progress. Here’s a sampling of what we found when we looked closer: 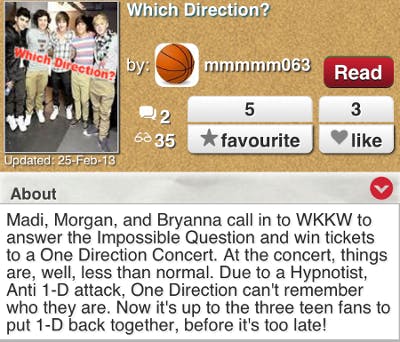 Does MI6 know about these Hypnotist sleeper cells? 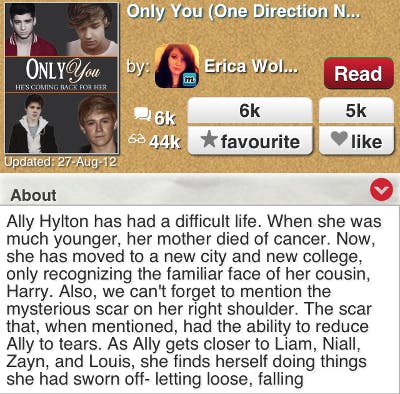 Ally doesn’t know what makes her beautiful. (It’s totally the scar, isn’t it?) 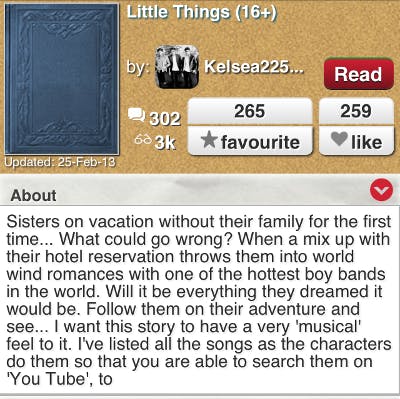 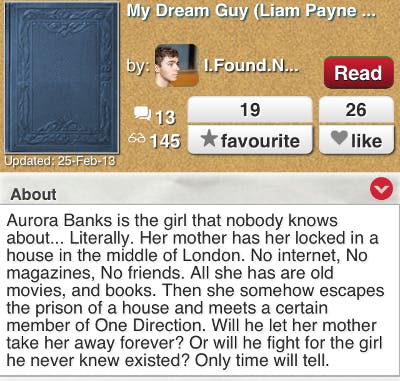 Mom just needs to lock One Direction in the attic, too! Problem solved!

“I Finally Found You,” by 1DSneakMeOut: 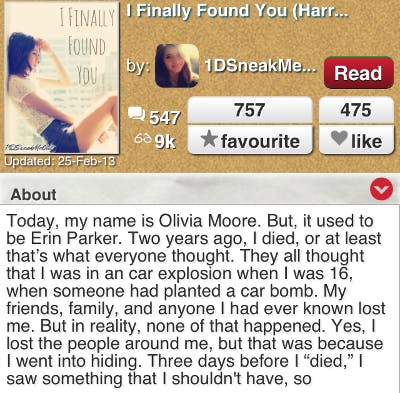 I hope the car bomb was planted by Hypnotists.

“A Thousand Years,” by JenkoandSchmidt: 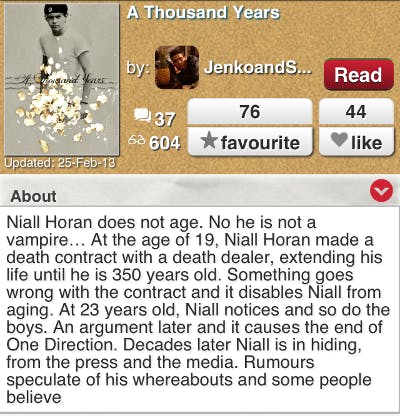 And here I thought the secret to not aging was “being a member of One Direction.”

“The ‘H’ Factor,” by theUNjack 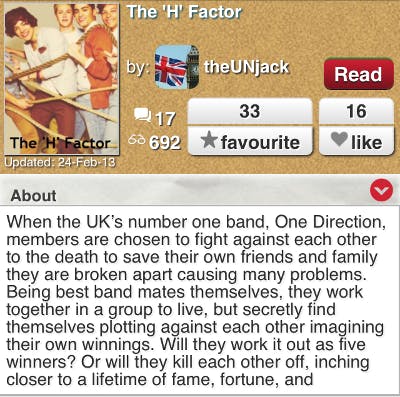 The sequel is called “The Unger Ames Factor.”

While it may be tempting to snicker at some of the plots, some of these writers will likely be the bestsellers of tomorrow. And with thousands of people reading them, they’re getting a great confidence boost as well as a crash course in writing from the Internet.

Movellas also has a similar app for Justin Bieber fanfiction, as well as an app for general fanfiction.  So get to typing, eager fangirls: today, iPhones; tomorrow, the world.