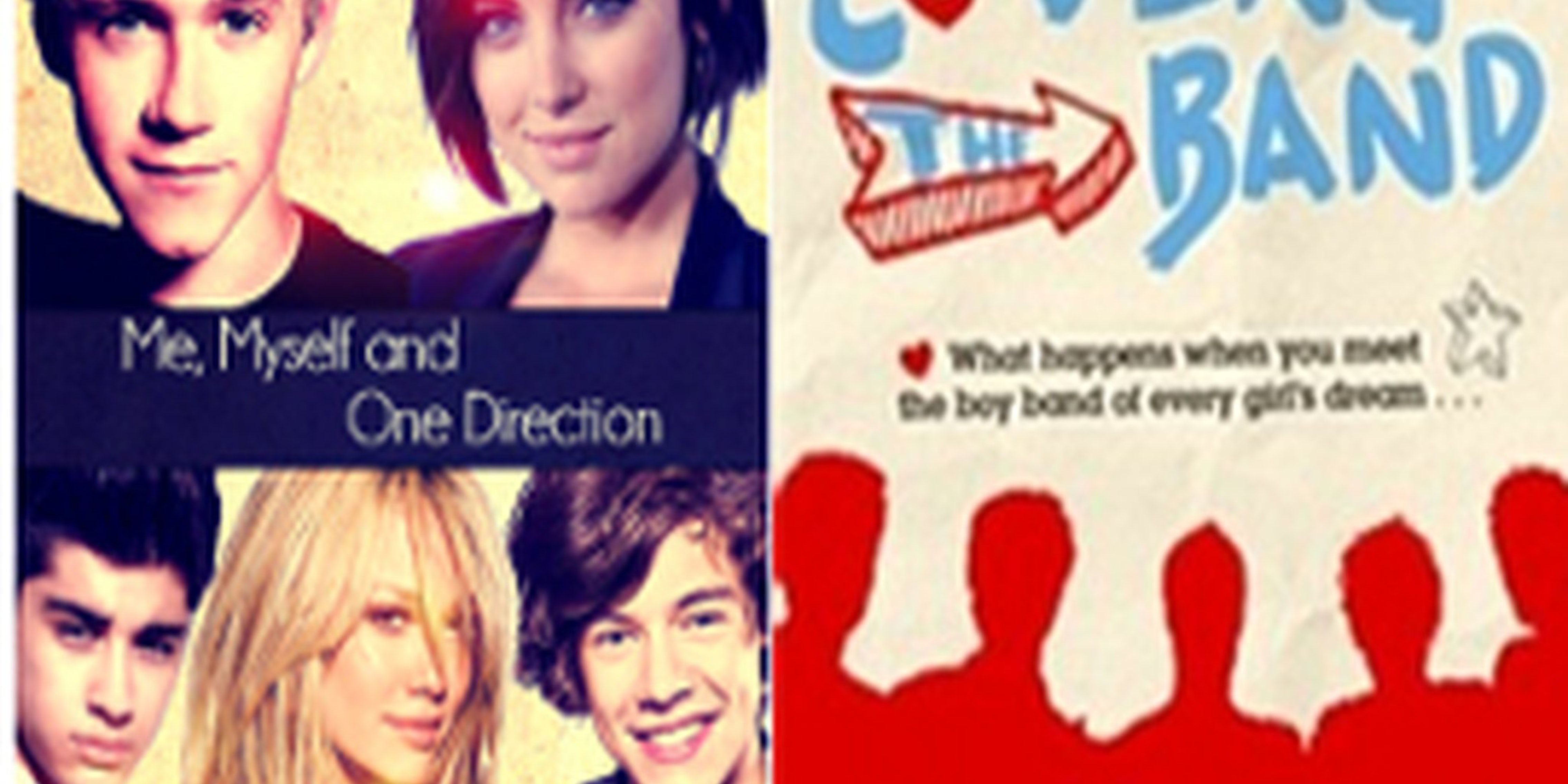 Penguin is hoping Emily Baker's story about making out with two members of the boyband One Direction will be the next Fifty Shades of Grey.

On Friday, news of the latest big development in the fanfiction-to-pro movement hit the publishing industry, when One Direction fanfiction author Emily Baker was signed to a publishing deal for her fanfic about a girl who has two dreamy band members from a famous pop band falling for her. Which will she choose?

Now Penguin has signed Baker—or, as Movellas.com readers know her, Emilyy—to turn her fanfic, originally titled “Me, Myself, and One Direction,” into an original Young Adult novel called Loving the Band.

The basic plot of Baker’s fic-to-novel is an extremely popular fanfic trope common to Mary Sue fanfic, in which female author inserts an idealized fictional version of herself into the world of her fandom. She then usually carries on a fantasized relationship with one or more of the hunky dudes in that universe.

Why it was this particular fanfic that caught Penguin’s attention out of the myriad of similar One Direction fics on Movellas, Wattpad, and FanFiction.net is unclear—though its popularity clearly didn’t hurt.  Cached stats from Movellas show the fic had over 35,000 hits, and well over 2,000 favorites and comments.

Here’s an excerpt from  “Me, Myself, and One Direction”:

I felt Zayn crash his lips against mine. …. I smiled on his lips as I felt his wet hands on my now soaking t-shirt. He grabbed my hips tightly, pulling me towards him roughly. I wrapped my hands around his neck, stepping up slightly to be closer to him and enclose the gap between us. Zayn walked towards me, forcing me to walk backwards. I stopped when my back hit the counter, hard. I gasped as the pain surged through my body. Zayn moved his hand up to the small of my back and rubbed it the spot [sic] soothingly. The pain soon stopped as Zayn carried on kissing me, full with lust. I felt his tongue swipe over my bottom lip, asking for entrance. I happily obliged and soon out [sic] tongues were battling for dominance. I felt a groan escape my lips as Zayn’s hands started to trail under the T-shirt and rub against my upper thighs. He once again slammed his hips against mine, teasing me. I pulled my lips away from his and moved up to whisper in his ear,

I felt Zayn’s breathing hitch as he replayed [sic] with a loud moan.”

Not exactly the steamiest thing we’ve ever read, but clearly fans disagreed. More than 1,500 of them “liked” Baker’s offering on Movellas, where it was the most popular fic on the site.

Agents and editors have been quietly searching fandom for authors for years now, looking for high-quality writing, a strong output, and often a tried and proven record of finishing stories and maintaining a loyal readership. Many publishers have quietly looked to an author’s online success as an indication of whether they were worth taking a publishing risk. The most well-known of these authors in the era of publishing before Fifty Shades of Grey is probably Cassandra Clare, who had a historically large fanbase when she transitioned from writing Harry Potter fanfic to writing the bestselling Mortal Instruments Young Adult series. Clare’s pen name is a recognizable variant of her fandom handle, Cassandra Claire—a tacit but very successful attempt to draw upon the sizeable readership she accumulated as a fan.

What’s new is that in the wake of Fifty Shades and the success of Twilight fan authors, fans are coming out as authors instead of obeying the usual practice of keeping one’s fan identity and one’s publishing identity separate. Even more significantly, publishers are openly celebrating fans with loyal online fanbases, talking them up as powerful marketing tools.  Already many publishers are ransacking fanfiction archives in search of potentially lucrative book deals with popular authors—which is how Penguin found Emily Baker to begin with.

The real question, of course, is when this publishing revolution will shine a mainstream spotlight on slash fanfiction. After all, we all know that’s where to find the good stuff..