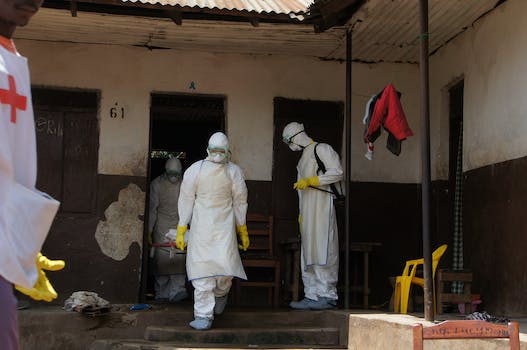 13 dangerous myths about Ebola that just won’t go away

Despite what you may have heard, health officials are right: Ebola isn't going to get a foothold in the U.S.

West Africa’s Ebola outbreak has been brought close to home for Americans with the diagnosis of the first patient ever to develop Ebola symptoms in the United States. A long chain of events connects the patient to his contact with the family of an infected woman, and the news has Americans in a panic over where the next case will strike, despite the fact that a significant outbreak of Ebola virus disease in the United States is extremely unlikely. While the Texas case highlights the need for better awareness among healthcare workers, it’s hardly evidence of a systemic, terrifying breakdown of the U.S. healthcare system.

Despite repeated outreach from public health organizations, some myths about Ebola just won’t die. Here are some of the biggest ones.

1) Ebola has a 100 percent fatality rate

Ebola virus disease has a highly variable mortality rate. In this case, that rate is hovering at approximately 60 percent, which, while concerning, is a far cry from the exaggerated dangers put forward in some media outlets. The way to bring that rate down is to dedicate more resources to active treatment, including the development of an effective vaccine to halt the spread of the virus.

In nearly 40 years, Ebola virus disease has broken out 25 times. In the vast majority of these cases, epidemiologists and local doctors were able to get the disease under control extremely rapidly, sometimes without any loss of life. At no period has Ebola become endemic to any of the regions where it’s broken out. This virus can be controlled, as long as health authorities are willing and able to sink resources into it, something Doctors Without Borders recently called out the global public health community on, asking why the West wasn’t stepping in with disease-fighting funding, in-kind aid, and boots on the ground.

While the image of a patient dying in rivers of blood as internal organs liquefy and spew out every orifice is the classic perception of Ebola virus disease, in actuality, it starts out looking much more like a case of the flu. As the infection progresses, the patient may develop diarrhea, nausea, vomiting, muscle pain, and fever. While internal bleeding occurs, it doesn’t always result in external hemorrhage.

While the virus can remain present in semen for up to three months (but you were using condoms anyway, right?), it disappears from blood very quickly. It can linger longer in breast milk, and for best practices, it’s best to express and discard breast milk for a minimum of three months.

5) Ebola is, or will become, airborne, and is highly contagious

It takes quite a leap for a virus to evolve to the point where it becomes airborne. The risks of that happening with Ebola are slim, perhaps most importantly because it is not a highly adaptive virus. In contrast with viruses like influenza, which are airborne, Ebola kills too many patients and has too short an infectious period to make the evolutionary jump needed. The very things that make Ebola scary, in other words, are precisely what make it highly unlikely to go airborne.

Meanwhile, in order to catch Ebola, patients need to come into close, repeated contact with the blood and other body fluids of a victim; this remains an issue in West Africa because of crowded medical facilities, patients who opt to stay at home, and traditional burial practices. Casual contact, including passing a patient in the hallway or shaking hands, is a low-risk activity. (Though the CDC recommends that people adhere to handwashing protocols and recommendations.)

6) Ebola is the most dangerous disease ever

Ebola is no joke: 3,500 patients have died in West Africa so far and the World Health Organization predicts that approximately 1.4 million people will be affected by January. However, almost 50,000 people die annually of the influenza virus, which can be prevented with a simple inoculation. 14 people die of measles every hour around the world, despite the fact that it’s also a vaccine-preventable disease. 760,000 children under five die of diarrhea annually, and many of these cases are preventable with hygiene, treatment, and access to better nutrition. Ebola is very far down at the list of dangerous diseases worldwide.

The financial crisis devastated the WHO, resulting in budget cuts of approximately one billion dollars, which slashed through all departments of the key global public health agency. Epidemiologists and other personnel dispatched to respond to epidemics were cut by 35 percent, and they lost 50 percent of their funding. While the WHO has been accused of being slow to act, it was operating with limited staff and funding, illustrating that the real fault lies with governments that were unwilling to invest in making global health a priority.

8) Bringing infected patients into the U.S. is dangerous

Airlifting patients with full protective precautions is a very low-risk activity, given the high security used throughout the process. Only patients with active symptoms, including the Texas patient who lied about his health status before boarding a plane, are a risk. Arguably, the much larger debate and question here should surround the dedication of resources to airlifting when the same funds could be applied to treatment of patients in Africa to much greater effect.

9) Special cleaning and sanitation materials are required to fight Ebola

Actually, soap and water, with bleach as needed, do just fine. The issue in Africa isn’t so much with affording expensive or specialty products, but with getting any kind of products to hospitals and keeping them in stock. In fact, you don’t even need a fancy moon suit to protect yourself from infection; one brave African woman used trash bags to fashion protective gear.

10) Latin American immigrants will carry Ebola into the United States

Republican Todd Rokita, evidently vying for this year’s “most racist” title, claims that immigrant children from South and Central America could cross the border, bringing Ebola with them. In fact, this is not possible, as there are no natural reservoirs of the virus in South and Central America and there have been no naturally-contracted cases of Ebola in the Western Hemisphere, period. The theme of blaming immigrant children for the spread of disease is widespread among conservatives, when in many cases the opposite is true: Widespread vaccination practices ensure greater herd immunity among immigrant children than among some wealthy U.S. communities.

11) Saltwater, raw onions, condensed milk, and other special foods will protect me

Primarily a myth spreading in West Africa, beliefs about special dietary items are spreading in communities panicking over Ebola. While eating a balanced diet can help a patient build a stronger immune system, which can help her resist infection, there is no magic bullet for Ebola prevention; other than the dangerously-delayed vaccine for the virus.

12) Ebola is not a global problem

Ebola poses a global public health and security threat in an era where jet travel and unwillingness to be honest on health declarations are ubiquitous, and where instability of regional governments can contribute to the rise of terrorism. While many of the risks of Ebola are overstated, it’s still an issue that requires global cooperation to control, from the supply of aid to the development of vaccines to the establishment of better infectious disease policies. It’s unlikely that the disease will spread like wildfire throughout the world, but the damage it does in Africa will be enough; already, economists predict that the economic fallout will be devastating.

13) There’s nothing the United States could have done

Like the rest of the global community, the U.S. has been subjected to repeated calls for aid from West Africa, and acted extremely slowly; the “surge” of promised assistance from the West has yet to manifest in the communities where it’s most needed, according to Doctors Without Borders. Even President Obama acknowledges that the West did not act quickly enough on Ebola, and, by extension, that we lost precious time.

Epidemics, and pandemics, will always be with us; such is the nature of being human. Ebola isn’t what we need to fear, however. While the source of the next pandemic probably hasn’t even been seen yet and may take years to emerge, it’s waiting. Or evolving. In 1918, a destructive flu epidemic swept through the world, illustrating how dangerous a little virus could be in the right conditions. Ebola isn’t the 1918 flu, and scaremongering media on the subject doesn’t serve the larger cause; while people in the U.S. express fear that Ebola is about to run rampant on American soil, in Africa, it already is.