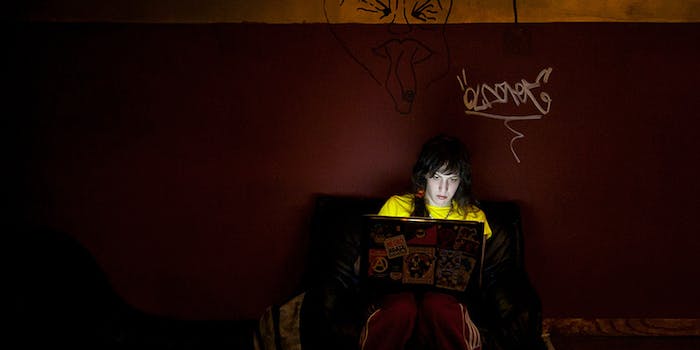 12 killer costumes from this year’s #HallowMEME

Some of these are downright spooky.

Later this evening, candy-addicted kids in monstrous costumes will prowl the streets in search of the perfect sugar high, but last night, Internet-addicted adults assembled at Brooklyn’s Bell House and LA’s Silverlake Lounge for a celebration of digital demons.

Yes, another #HallowMEME has come and gone, and there were some pretty stellar outfits. It’s almost impossible to pick our favorites, but hey, what’s the Web for if not listicles?

The most meta thing to ever happen #hallowmeme


5) Every man on the Internet

My new YA novel manuscript is going to good use. #hallowmeme #tldr

A photo posted by Leila Sales (@leilasalesbooks) on

A photo posted by Topher Snyder (@tofer) on


10) Martin Baker, the Darren Wilson supporter who happens to be black

A photo posted by Conz Preti (@conzpreti) on

We don’t know which reflects worse on a person: making these costumes or instantly recognizing what they are.